Public enterprises defends hiring of chief of staff, says everything was above board 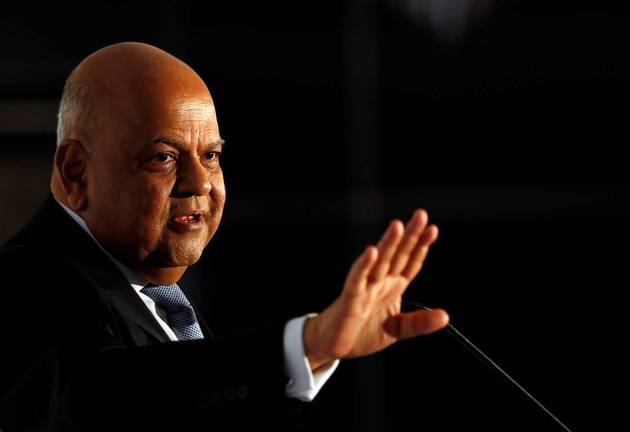 The department of public enterprises says minister Pravin Gordhan applied for a deviation in order to hire Nthabiseng Borotho as chief of staff, even though she didn't have the minimum qualifications needed for the job.
Image: Siphiwe Sibeko/Reuters

The public enterprises department has defended its appointment of Nthabiseng Borotho as chief of staff even though she didn’t meet the minimum requirements for the position.

Instead, the department said, it had applied — legally — to deviate from the requirements.

It said the Public Service Act requires a tertiary degree as qualification for the position of chief of staff. According to the department, Borotho only holds a diploma in human resources which she obtained in 1999 from Varsity College. She matriculated in 1997.

“The appointment took cognisance of Ms Borotho’s competence, experience, as well as recognition of prior learning, an established concept in skills development.

“Ms Borotho was duly appointed after approval was granted by the ministry of public service and administration, in accordance to the requirements of the Public Service Act. Thus, Ms Borotho’s appointment was done with absolute compliance to public service requirements, regulations and the law,” the department said in a statement.

Gordhan promises SOEs will rise from the ashes and be exemplary

Public enterprises minister Pravin Gordhan has accused the DA of playing politics and advancing an ideology the ANC fundamentally disagrees with.
News
1 year ago

The department also  admitted that Borotho hired her relative to fill a receptionist position in its Cape Town office, but said this was done on an emergency basis because the position became vacant with the change from the fifth to the sixth administration.

“This was an interim measure while the department sought a longer-term replacement and the situation has since been corrected. In this regard, trust and integrity were critical considerations,” reads the statement.

At the weekend it emerged that Gordhan’s spokesperson Sam Mkokeli had resigned.

His resignation came days after he challenged Gordhan over a decision to hire a forensic company to sniff out whistle-blowers who exposed the minister for appointing Borotho as his chief of staff, allegedly without the requisite academic qualifications.

On Monday, Sunday Times Daily reported that before tendering his resignation, Mkokeli raised a complaint against the “stunning incompetence” of the department’s chief of staff. Mkokeli confirmed the complaint and that Gordhan was “fully aware of my disdain for both incompetence and dishonesty”.