Ramaphosa praises Cuban medics more than our own, says IFP 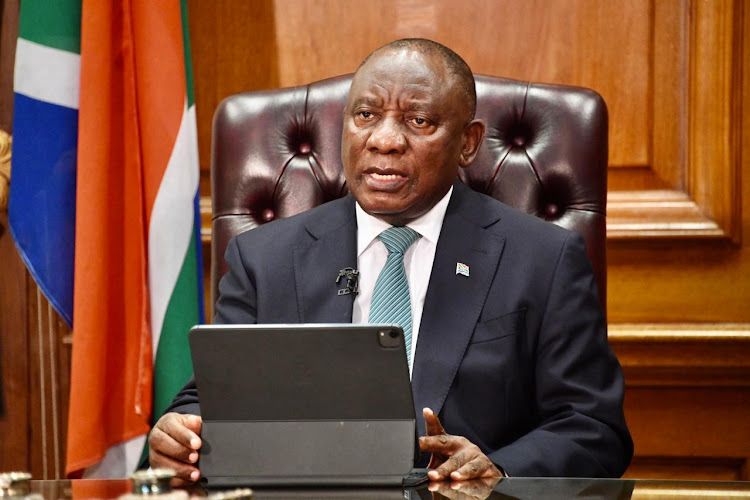 The IFP has criticised President Cyril Ramaphosa for giving the Cuban medics in the country more praise than local health-care workers.
Image: GCIS

The IFP on Monday criticised President Cyril Ramaphosa for his praise of the Cuban medics who were in the country, saying this overshadowed the praise he gave to local health-care front-line workers.

The party accused Ramaphosa of putting the Cuban doctors on a pedestal.

This comes after the president on Monday night said his government would nominate the Cuban brigade for a Nobel Peace Prize.

“Indeed, it is regrettable that the president has overlooked thanking our own health-care workers in favour of praising Cuban doctors — while our health-care workers have had to endure the brutal brunt of serving on the front lines in our hospitals and clinics,” the party said on its official Twitter page after Ramaphosa's address.

Ramaphosa had made special mention of the Cuban brigade which has been in the country aiding in battling the pandemic.

During his address, he said: “This evening, I wish to recognise in particular the selfless and unwavering assistance of the government and people of Cuba. True to its history, this small island nation has demonstrated solidarity with the hardest hit countries and sent more than 3,700 Cubans throughout the world to assist in the fight against Covid-19.

“In recognition of this effort, the SA cabinet has approved a proposal to nominate the Henry Reeve International Contingent of Doctors Specialised in Disaster Situations and Serious Epidemics — or as they commonly are known, the Cuban Medical Brigade — for the 2021 Nobel Peace Prize,” he said.

Indeed, it is regrettable that the #President has overlooked thanking our own healthcare workers in favour of praising #Cuban doctors - while our healthcare workers have had to endure the brutal brunt of serving on the frontlines in our hospitals and clinics.

Ramaphosa said the Cuban brigade had treated more than 38,000 people by the end of November, adding that they continued to give their services to several African countries.

“We extend our sincerest gratitude to the people of Cuba for this great demonstration of solidarity and humanity,” he said.

Ramaphosa made only a brief mention of the SA medics but hailed them as heroes.

“Now, thanks to the heroic efforts of our health-care workers, the tireless work of our scientists, the bravery of all our front-line workers and the determination of each and every South African, we can finally imagine a world where the virus has been brought under control,” he said of them.

SA doctors feel vulnerable to the risk of prosecution if they have to make life-and-death decisions in the face of limited resources during the ...
News
1 year ago

Ramaphosa on Monday announced an ease of the lockdown restrictions as the country saw a decline in Covid-19 infections. The adjusted level three restrictions come with the unbanning of alcohol sales and distribution, the unbanning of beaches and parks, an adjusted curfew and the return of faith-based gatherings.

While many are celebrating the easing of the lockdown regulations again, the IFP called for South Africans to still behave as though the country was on level 5 of the regulations to curb the spread of the coronavirus.

The party said: “We reiterate our call to South Africans to remain home whenever possible, to practice social distancing, to avoid crowded spaces and places, to always wear masks, and to fully adhere to all the adjusted lockdown regulations.”