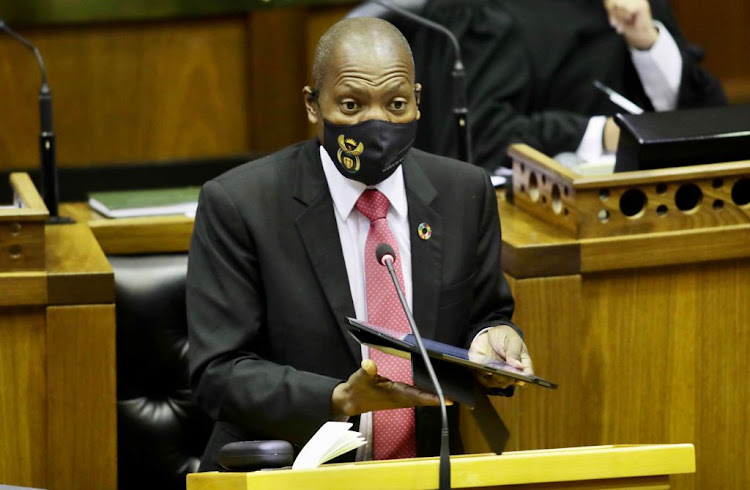 Health minister Zweli Mkhize says he welcomes a probe by the Special Investigating Unit (SIU) into a tender issued by his department to a company linked to his associates.

This comes after the SIU said it was probing a tender issued by the department to a company called Digital Vibes, awarded an R82m contract initially for work related to the National Health Insurance and later Covid-19.

The Daily Maverick reported that the company got the tender irregularly and later employed Tahera Mather, a long-serving spokesperson and alleged family friend of Mkhize, as a consultant. It said the company also appointed a former assistant to the minister, Naadhira Mitha.

The same company, the publication reported, had scored a tender while Mkhize was minister of co-operative governance and traditional affairs.

Addressing the National Council of Provinces (NCOP) on Thursday afternoon, Mkhize said he welcomed the investigation, announced by the SIU on Wednesday.

“We also welcome the statement by the SIU that they will also investigate these allegations, this is part of the commitment we made that allegations of any form of corruption must be investigated.

The findings of the Special Investigating Unit’s (SIU) probe into the procurement of motorcycle ambulances by the Eastern Cape government are ...
News
10 months ago

“This remains important for the department of health as it is expected to continue implementing the government's plans and the strategy for our Covid-19 response. Because these allegations have raised public interest, we do commit that the outcomes of the investigation will accordingly be reported to the public,” said Mkhize.

He had told the house that the matter was first raised to him in January by director-general Dr Sandile Buthelezi, during a meeting over ongoing investigations in his department as a result of audit reports or whistle-blowers.

“In relation to the Digital Vibes, he advised that the auditor-general had raised specific findings of the deviations that were implemented and found them to be irregular. He informed me that he had resolved to investigate these matters further and to ensure that the department is not found wanting by having irregular tenders.”

At the time he supported Buthelezi's view and asked him to go ahead using an outside service provider because of a lack of capacity internally, he said.

“We very much support that as part of accountability and clean governance and ensuring compliance with the [Public Finance Management Act] and the Treasury regulations by the department,” said Mkhize.

“[Whether] the allegations of irregularities and non-compliance have been brought to our attention through an audit finding or whistle-blowing, the department must interrogate this.”