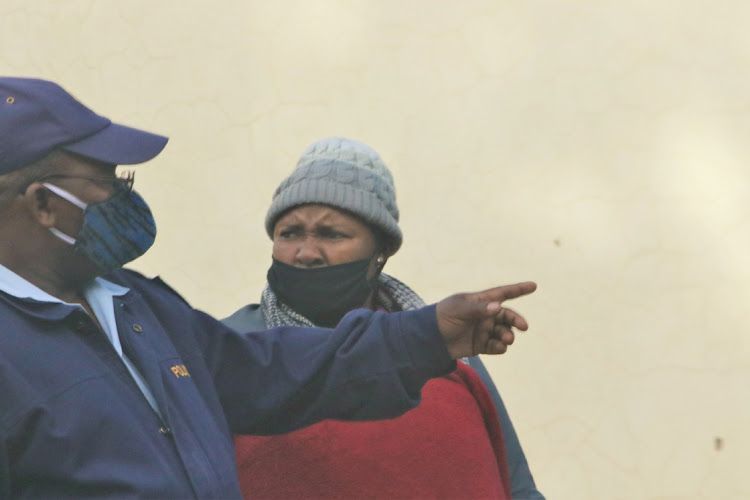 Feared operator Ntandokazi Xoliswa Mbombo​, 41, is accused of masterminding a multimillion-rand stock theft syndicate which does its dirty business in the Eastern Cape and KwaZulu-Natal.

Police believe she and her gang have rustled 1,612 livestock from Eastern Cape villagers — 912 cattle and 700 sheep.

The Mbombo gang’s loot ends up on our dinner plates as the stolen animals are sold at livestock auctions and then moved to abattoirs, butcheries and retail groups, police said.

Mbombo, a university graduate, is accused of buying livestock by issuing cheques that bounce after she has moved on with the animals.

She is believed to be married to a medical doctor and lives in Pietermaritzburg.

Mbombo has been involved in this field of crime since 2010, according to police information.

Bullets, knives and fire — how people have fallen in stock-theft war

MTHATHA, BHAZIYA, JANUARY 3, 2021: Two men were burnt alive after they were thrown inside their vehicle that was then torched at Mphuthi, in ...
News
1 year ago

Since her arrest by a provincial police task team led by provincial stock theft and endangered species commander Colonel Sello Rute, the mother of four has appeared in magistrates' courts in Qumbu, Tsolo, Matatiele, Ngcobo and Kokstad.

“Ms Xoliswa Ntadokazi Mbombo’s cases are on the court roll for trial,” he said.

“She has 13 cases against her that involve many livestock. Her syndicate started in 2010 until she was arrested on May 27 2020 in Pietermaritzburg.”

She has 13 cases against her that involve many livestock. Her syndicate started in 2010 until she was arrested.

He said that at the same time as her arrest they believed they had made a major breakthrough in multi-million rand livestock theft cases as they also arrested seven men.

They believe Mbombo was  the mastermind of a syndicate operating in the Eastern Cape and KwaZulu-Natal.

In one of the cases involving Mbombo in 2018, KZN farmer Leon Ludwig claimed he lost R500,000 which he paid Mbombo for 50 heifers. She was later arrested, but after she was released she allegedly stole more cattle.

Two Eastern Cape women are among the growing list of widows being spawned by the rising wave of cattle grabbing which has gripped the ...
News
1 year ago

It emerged during one of her bail hearings that Mbombo was accused of running a well-connected network, which included traditional leaders, police officers and court officials.

The Dispatch was told she was grooming youngsters to move into the stock theft racket.

In court, she was described as a flight risk as she had given courts eight different addresses, including her parents’ home in White City in Umzimkhulu, one in KwaBhaca, two addresses in Pietermaritzburg’s Hilton suburb, and the farms of De Kroon, Lion’s Park and Zeelgat.

Click here to read more from our exclusive Farmers under siege investigative series.