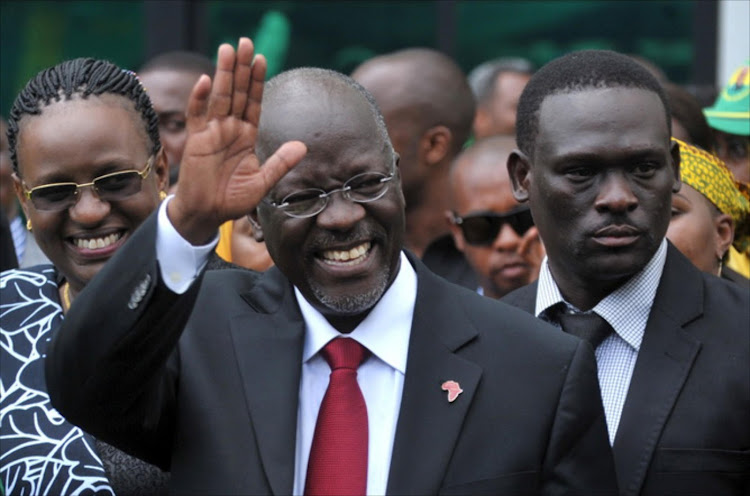 Tanzania vice-president Samia Suluhu Hassan on Wednesday announced the death of President John Magufuli on state television. He was 61.

Magufuli died of a “heart condition” at a Dar es Salaam hospital where he was receiving treatment, she said on state broadcaster TBC.

Magufuli, one of Africa's most prominent coronavirus sceptics, had not been seen in public since February 27, sparking speculation that he had contracted Covid-19. Officials denied on March 12 that he had fallen ill.

Government officials had said Magufuli was working normally and citizens should ignore rumours from outside the country.

However, there's been on confirmation from Tanzanian, Kenyan or Indian governments and the WHO has warned against speculation
News
1 year ago

After the death was announced, opposition leader Zitto Kabwe said he had spoken to Hassan to offer condolences.

“The nation will remember him for his contribution to the development of our country,” Kabwe said in a statement published on Twitter.

Magufuli, from northwest Tanzania, first won the presidency in 2015 and had faced accusations from Western countries and opposition parties of eroding democracy. He was nicknamed “The Bulldozer” because of his reputation for pushing through policies despite opposition.

According to Tanzania's constitution, Hassan, 61, should assume the presidency for the remainder of the five-year term that Magufuli began serving last year after winning a second term. She would be the East African nation's first female president.

Some Tanzanians had told Reuters on condition of anonymity that fear and anxiety were widespread in the country due to the unknown status of the president.

The United States said on Wednesday that Tanzania, whose president has advised citizens to shun coronavirus vaccines, is experiencing a surge in ...
Africa
1 year ago

Police had arrested four people in the country since last week for allegedly spreading false information about the sickness of political leaders.

The president had denounced measures to stop the spread of the virus and called vaccines a Western conspiracy, frustrating the World Health Organisation (WHO).