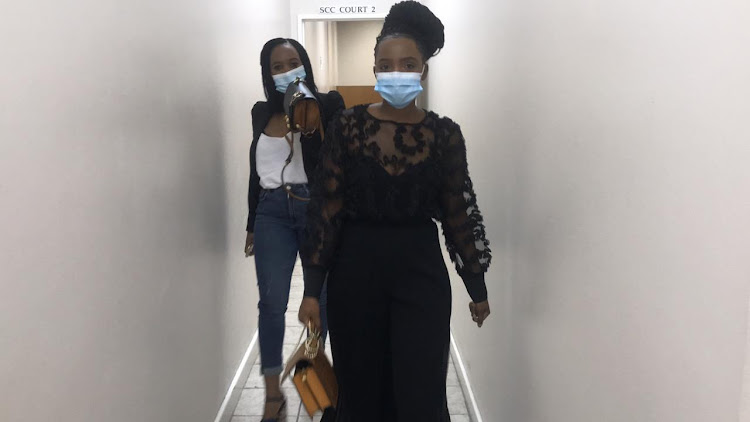 QUALIFICATION TROUBLE: Asisipho Mbekela faces charges of fraud and forgery for allegedly lying about her qualification as a radiographer
Image: RAAHIL SAIN

A woman who allegedly lied about her qualification as a radiographer while working for the Eastern Cape health department has appointed prominent Gqeberha lawyer Peter Daubermann to represent her.

Asisipho Mbekela, 25, who was previously represented by legal aid, was not present at court on Monday but Daubermann came on record as her new attorney.

While Mbekela managed to outsmart her colleagues and patients at Livingstone Hospital into thinking she was qualified to do the job, her embarrassing exam results — an outright fail — were previously highlighted in documents before the Commercial Crimes Court.

The state’s case is nearing completion, with the exception of one witness who still needs to be cross-examined by the defence.

A bogus CV, even on social media, can land you behind bars

In earlier testimony, it emerged that Mbekela had attended a graduation ceremony, posed for the photographs and then went on to practice as a radiographer.

However, she had failed her final academic year at the Cape Peninsula University of Technology (CPUT), the court heard.

Not only did she flunk three of her four subjects, obtaining dismal assessment marks, she also failed to present a medical report as motivation for an appeals process for a reassessment.

Mbekela allegedly claimed she had been diagnosed with depression and that a change in lecturers had negatively affected her performance.

Though Mbekela was not eligible to obtain a qualification from CPUT because her appeal was rejected, she later went on to land a job as a radiographer with the Eastern Cape department of health and worked for six months.

She faces three counts of fraud and two of forgery.

She has pleaded not guilty.

Former first lady Grace Mugabe’s 2014 PhD was awarded in line with University of Zimbabwe rules and regulations, its then vice-chancellor says.
Africa
3 months ago

According to the charge sheet, in 2015, Mbekela was registered at CPUT as a final-year student for a national diploma in radiography: nuclear medicine.

She wrote her final exams in November 2015, and though managing to scrape through one subject with a 50% average, she failed radiographic practice with 35%, radiopharmacy with 32% and nuclear medicine with a dismal 25%.

In addition, Mbekela did not even receive the 40% required to apply for reassessment or to write a supplementary examination, but subsequently lodged an appeal.

The Eastern Cape department of health was reportedly unaware of this and Mbekela was offered employment on a contract basis as a radiographer doing community service.

She assumed duties at Livingstone Hospital on March 1 2016 and “falsely indicated on her Z83 application that she had obtained a qualification in radiography: nuclear medicine at the CPUT in the year 2015”, the charge sheet reads.

When the alleged deception was discovered on September 20 2016, Mbekela was immediately dismissed.

The case was postponed to October 13.