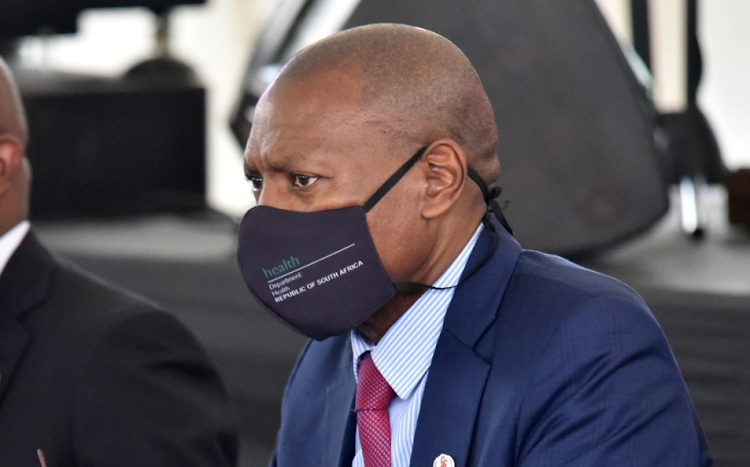 “This period of special leave will enable the minister to attend to allegations and investigations concerning contracts between the department of health and a service provider, Digital Vibes,” said the presidency on Tuesday.

Ramaphosa said the Special Investigating Unit was investigating the matter and he was awaiting a report on the outcome of the probe.

Earlier on Tuesday, Mkhize said he had discussed taking special leave with Ramaphosa.

“Because the family name has been brought in, we then started discussing with the president about possibilities of what will need to be done. We actually raised the issue of special leave. In that context, we will await the president’s counsel because that is an issue of the executive,” he said.

Health minister Zweli Mkhize on Tuesday said he discussed taking special leave with President Cyril Ramaphosa in the wake of the Digital Vibes ...
News
1 week ago

Mkhize was briefing reporters in Kimberley during his visits to vaccination sites in the Northern Cape.

Mkhize also “unreservedly apologised” for the scandal, saying it had been “a very difficult matter to deal with”.

The minister has been embroiled in the R150m scandal following the health department irregularly awarding a communication contract to Digital Vibes, a company owned by close associates of his. The company is alleged to have inflated its prices — but also some of the money paid to it was allegedly transferred to Mkhize's son, Dedani, and some allegedly paid for renovations at one of Mkhize's homes.

On Tuesday, he reiterated that he played no role in the awarding of the contract and there was no personal benefit in this regard.

Mkhize said he had been keeping Ramaphosa briefed about all the developments in the matter, including what the SIU has been saying and what his family has been uncovering. He said when “new information” came to light that suggested that some money was used to fix the lights at his home, his wife investigated and they were shocked because the official who helped fix the lights had been paid.

“Unknown to us, [the official] had gone to work together with a former staff member who ended paying about R7,000. That matter, we said, we needed full accountability [on] because the money had been paid and there was no issue,” he said.

Digital Vibes scandal has nothing to do with ANC contest, says Zweli Mkhize

Health minister Dr Zweli Mkhize has denied telling ANC leaders in Pietermaritzburg last week that he was being "targeted" because he was seen as a ...
News
1 week ago

Mkhize confirmed that there had been an inappropriate relationship between his son and one of the Digital Vibes officials. He said his family was “quite unhappy” about the money that was transferred to his son's account.

“We are quite outraged about this. We are going to sit down and have a conversation on that matter to indicate that the kind of relationship that was involved was inappropriate and that at the end, those funds need to be returned.”

“The issue is that it was based on a personal relationship which adults as we have children at this age, people have relationships which we are not necessarily aware to what extent they go,” he said.

Mkhize said those were some of the issues they have since reported to the SIU and to Ramaphosa.

The Daily Maverick reported that Digital Vibes bought a R160,000 second-hand vehicle for Dedani. This is on top of the company transferring R300,000 to one of Dedani’s companies.

The minister, who is also a member of the ANC's national executive committee, confirmed that he had written to the party's integrity commission about the Digital Vibes matter. He said he was still collating information before he could appear before the structure.

No date had been set yet for his appearance, he said.