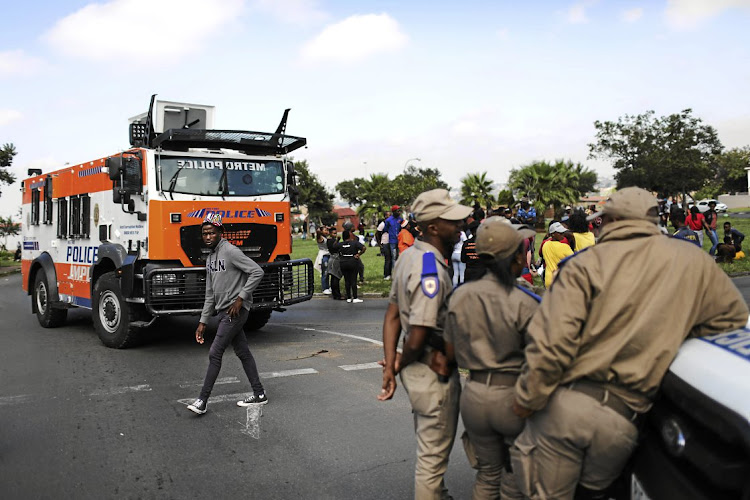 The government has criticised Soweto residents for embarking on violent protests over electricity.

This week has been marred by protests in the country's biggest township over debt owed to Eskom.

Large sections of the township owe Eskom billions of rand for electricity.

Residents want to pay a flat monthly rate of R150 for electricity and their protest culminated in a march to Eskom's headquarters, Megawatt Park.

Residents also want the reconnection of electricity in parts of the township which have been experiencing blackouts for close to a year.

The service delivery protests and taxi shutdown in Makhanda will be suspended with immediate effect, it was announced on Wednesday evening.
News
2 weeks ago

Acting minister in the presidency Khumbudzo Ntshavheni said on Thursday that protests should be carried out within the confines of the law.

“Cabinet condemns the recent violent protests in Soweto that resulted in the shutdown of the community and appeals to protesters to exercise calm and restraint.

“Although the right to peaceful protest is a vital part of a democratic society, it should be exercised within the confines of the law and not infringe on the rights of others.

“Government is committed to working with communities across the country to improve their living conditions,” said Ntshavheni.

The Soweto protest comes as the country is experiencing rolling blackouts due to breakdowns experienced by Eskom.

Premier Oscar Mabuyane condemned a violent protest where traffic was blocked for hours and then further delayed when protesters dug a trench ...
News
1 month ago

“Cabinet recognises the frustration of South Africans with the continuing power outages due to failures in the Eskom infrastructure electricity networks.

“Cabinet remains committed to the implementation of the Integrated Resource Plan 2030, which is based on a diversified energy mix that will reduce reliance on a single or a few primary energy sources,” said Ntshavheni.

She however did not announce any urgent interventions at Eskom.

“The electricity regulation reforms have also enabled municipalities with the capacity to purchase their own power from other alternative power producers. This will alleviate pressure from the Eskom power grid,” she said.