Only a cellphone stolen from driver of torched R1.6m truck 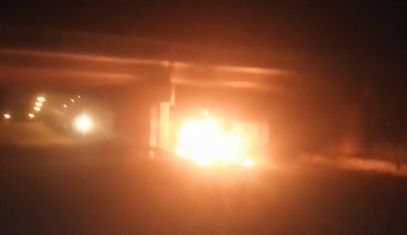 A truck was torched early this morning in Nelson Mandela Bay.
Image: SUPPLIED

Only a cellphone was stolen from the driver of the torched R1.6m truck transporting manganese on the Addo Road, Wells Estate on Monday.

Police spokesperson Captain Andre Beetge said the truck was hijacked by four suspects and later set alight under a nearby bridge at about 3.30am.

He said the truck was hijacked just off an on ramp  on Addo Road.

“It is not protest related,” he said.

A truck driver burnt to death when his vehicle caught fire after it was pelted with stones by protesters in Harrismith, Free State.
News
6 months ago

“According to the driver, the suspects threw stones at his truck resulting in him pulling over.

“They took his cellphone and told him to run away.”

The truck was then set alight under a train bridge on Addo Road.