Sex, lies and DNA: why many ‘Bothas’ in SA have the wrong surname 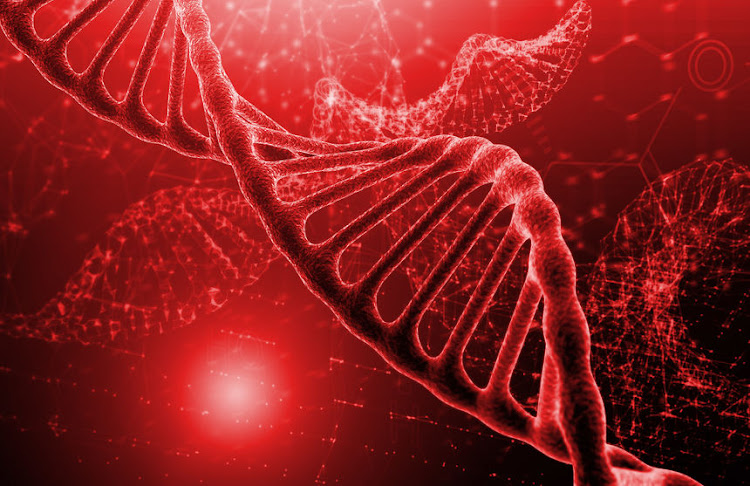 A lie about the paternity of children led to a chain of events that affected the Botha lineage, resulting in 38,000 people carrying that name when in fact they were descendants of Ferdinandus Appel. Stock photo.
Image: Timofeev Vladimir/ 123RF

Headlines about molecular genetics being used to shed new light on old mysteries or even put criminals behind bars have become increasingly more common.

In South Africa DNA is being used to answer important questions about everything from a group of people’s origins to the biological paternity of a child.

However, paternity tests aren’t just applicable to modern cases. Fellow researcher Christoff Erasmus and I considered DNA evidence to understand a divorce case dating back 321 years. The events before and after the divorce case of Maria Kickers had long-term consequences for a family with a surname that, for decades, appeared often among the country’s white leaders. That name is Botha.

The first prime minister of the Union of SA, established in 1910, was Louis Botha. There was also PW Botha, the last prime minister to hold that title, and the first to become executive state president of the Republic of South Africa.

Our research shows Kickers lied in her 1700 divorce case at the Cape of Good Hope. Her lie — about the paternity of her children — led to a chain of events that affected the Botha lineage, resulting in 38,000 people carrying that name when in fact they were descendants of Ferdinandus Appel.

The genetic evidence, which we gathered using a DNA-based paternity test kit, in combination with the documented testimonies, suggests Appel was likely the father of Kickers’ first son and Frederik Botha the father of the other boys. When we genotyped a random sample of Botha males, we found almost half of them have the Appel rather than the Botha Y chromosome.

The false paternity claim means tens of thousands of Bothas — more than 76,000 South Africans had this surname in 2013 — should in fact be called Appel, a very uncommon name in the country.

If the Kickers divorce case was heard today, DNA evidence would have refuted the lie about paternity outright and the Botha family may well have shattered.

Our findings provide another reminder that DNA evidence can clarify events that happened centuries ago, deepening and improving our understanding of history.

The story of human history is one of migrations over the globe and admixture — the exchange of DNA — between populations.
News
1 year ago

One of our sources was a set of records presented by Richard Ball, who is linked to the families at the heart of the divorce case. We also drew information from published genealogical records.

From these we pieced together the following events.

Kickers married Jan Cornelitz in 1683 at the Cape. They had seven children — four boys and three girls. Christening records for six of these children have been located; all named Cornelitz as the father. In 1700 Jan filed for divorce, claiming Maria cheated on him with Appel as well as a tenant who farmed alongside him, Frederik Botha.

Maria denied any involvement with Appel, but confessed Botha was the biological father of all her children.

Jaco Greeff, genetics professor at the University of Pretoria

In her own defence, she claimed Jan, her husband, encouraged her relationship with Botha because Jan was “onbequaamd” (a Dutch word meaning “incompetent”).

Botha confirmed before the court Maria’s claim that all her children were his. While the court did not find Maria to be licentious, they did not give her permission to remarry. As a result, Maria and Botha had to wait until Jan died, 14 years later, before they could marry. The children then took on the name Botha.

Y chromosomes are inherited like surnames. So, any of Maria’s sons’ descendants along an unbroken line of males should carry identical Y chromosomes, bar a few mutations.

With the help of a genealogist we managed to contact and obtain DNA samples from all four of Maria’s sons along unbroken male lines. In three cases, more than one descendant was found. We genotyped these Bothas’ Y chromosomes with a kit used for paternity tests. The Y chromosomes clearly separated into two groups distinguished by too many mutations to have stemmed from the same Botha ancestor. Within each group, there were a few mutations between individuals, as one would expect for two Y chromosomes with 11 to 19 ancestors between them.

Interestingly, the one group linked to Maria’s firstborn son, whereas the other sons’ descendants all shared virtually identical genetic profiles. This pattern piqued our curiosity as it suggested the first son’s profile may have stemmed from Appel.

Walter Sisulu University student Sibabalwe Kela 26, has won the eighth Continental Essay Competition, hosted by the SABS in partnership with the ...
News
1 year ago

To test this idea, we genotyped two Appel men: one was a clear match to the first sons’ descendants. It is 130 times more likely that Maria’s first son was fathered by Appel than by a random male who happened to have the same Y chromosome profile.

When we genotyped a random sample of Bothas we found almost half have the Appel rather than the Botha profile. To understand why the first son seems to account for more than a quarter of modern Bothas, we looked at the male descendants as listed in the genealogical records published by the now-closed Genealogical Institute of SA.

Just counting the 62 males who were 30 years old or younger in 1780, 45% descended from the first brother while the other three Botha brothers accounted for the remaining 55%. The high number of the first brother’s descendants in 1780 could thus explain why so many of our random sample grouped with the Appel profile.