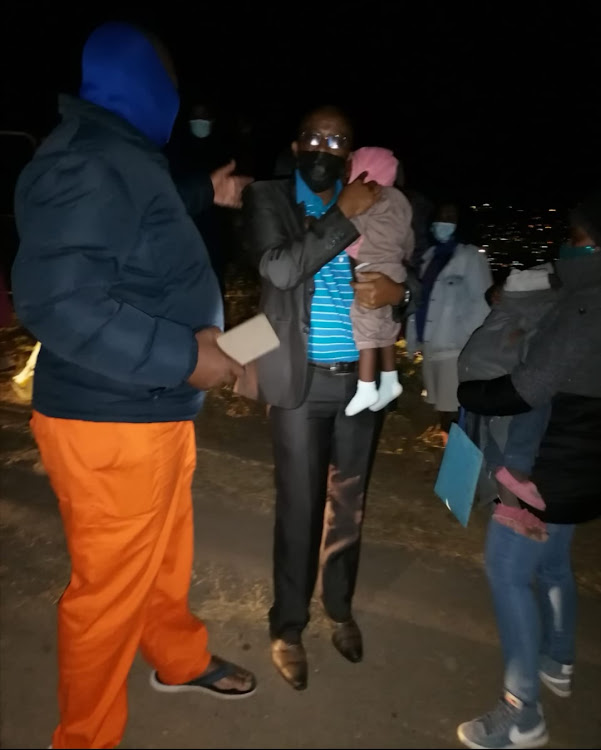 Two toddlers were rescued by social workers from their Pietermaritzburg home on Sunday after a concerned community member exposed their living conditions on social media.
Image: SUPPLIED

A video posted on social media showing two toddlers allegedly left unattended and without food by their mother has resulted in them being removed from their KwaZulu-Natal home by social workers.

The provincial social development department said the children were allegedly neglected by their mother and were rescued from their home in Edendale, Pietermaritzburg, on Sunday.

It is believed the children are aged one and four years, but social workers are still trying to confirm this.

In the video in possession of TimesLIVE, the community member shows the conditions in which the children were living. One child can be seen seated on a grubby bed while another can be heard crying in the background.

“These children were often left without food for the entire day and neighbours provided for them,” the department said.

“One community member, who was shocked by the terrible conditions these children were exposed to, recorded a video and posted it on Facebook to draw the attention of the department of social development.

“A team led by uMgungundlovu cluster acting chief director pastor Thabo Mphuthi responded to the video and traced the childrens’ whereabouts. With help from police from Plessislaer, the children were removed to a place of safety.”

“The incident should serve as a warning to many parents who abuse children that nothing will stop government from protecting children’s rights and there will be consequences for errant parents. Our joint operations with the police will also ensure that we arrest those people who violate children’s rights.”

PODCAST | Child abuse in SA: Where are we going wrong?

Hearing and reading about some of the horrific acts perpetrated on children in our country, we would be forgiven for thinking this is the most ...
News
10 months ago

She vowed the department will always moved swiftly to rescue children who suffer abuse and neglect.

“We need more active community members to work with government to ensure our social workers are informed of the challenges encountered by vulnerable groups. Our team is always combat-ready to intervene and rescue those in distress situations.

“Such cases should be reported to our offices and avoid relying on social media as it could have a negative impact on a child’s future,” said Khoza.

She said the mother would “face the full might of the law”.

The high court has thrown the book at a Western Cape couple for child murder, abuse and neglect.
News
10 months ago

“The children slept comfortably last night after being bathed and fed. They are in our place of safety. They will be receive counselling following their ordeal.

"The department will also introduce the children to an early child development centre to ensure we stimulate their brains because it appears they were denied this right.”