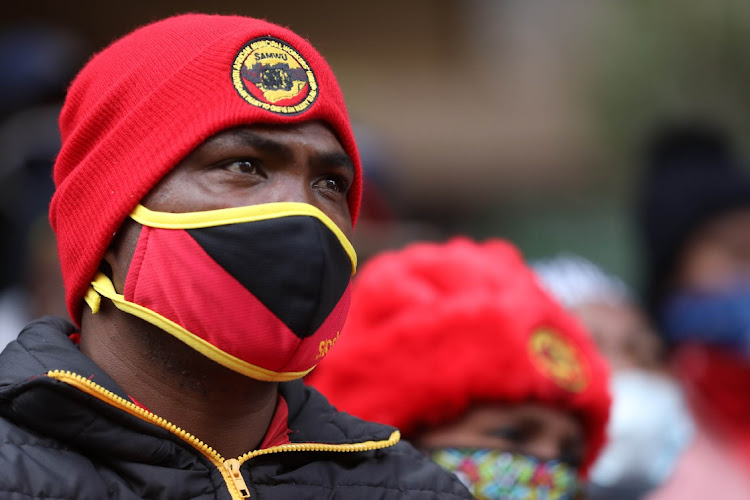 Samwu warns that a strike in the municipal sector is imminent after the final round of negotiations last week. File photo.
Image: Antonio Muchave

The SA Municipal Workers' Union (Samwu) said on Tuesday a municipal strike is imminent after a breakdown in salary and wage negotiations in the SA Local Government Bargaining Council last week.

However, the SA Local Government Association (Salga) says the dispute can only be resolved through interest arbitration as opposed to strike action.

Salga said it referred the matter to interest arbitration due to the fact that all municipalities perform designated essential services.

“Employees in the designated essential services are prohibited from participating in strike action in terms of the Labour Relations Act.

“In these circumstances, the dispute can only be resolved through interest arbitration as opposed to strike action,” Salga said on Monday.

Public service and administration minister Senzo Mchunu has pleaded with labour unions to return to the negotiating table as public service wage ...
News
1 year ago

Interest arbitration offers a mechanism to break deadlocks in salary and wage negotiations. It is compulsory in disputes involving essential services, where workers are prohibited from embarking on a strike action.

However, Samwu said Salga cannot all of a sudden decide that municipal workers cannot go on strike because they say so.

“Why were municipal workers not considered essential service when they were denied a Covid-19 allowance? Why were these same workers not deemed to be essential service workers when other workers are busy getting the Covid-19 vaccinations, leaving municipal workers exposed and vulnerable?” Samwu deputy general secretary Dumisane Magagula said on Tuesday.

Magagula said the union was in the process of concluding the balloting of its members for a potential strike as required by law.

“Already, an overwhelming majority of workers have voted in favour of a strike.”

Salga, as an employer body representing the country’s 257 municipalities, is the one that is responsible for the collapse of the salary and wage negotiations.

Samwu said it has officially filed its papers in the bargaining council declaring a dispute. It said as such, a dispute resolution mechanism should be followed.

“We reiterate that Salga, as an employer body representing the country’s 257 municipalities, is the one that is responsible for the collapse of the salary and wage negotiations,” Magagula said.

Salga, however, said the last round of negotiations were halted abruptly on the first day last Thursday when Samwu pronounced that it had no interest to continue with the negotiations.

Salga said it noted Samwu's latest position with a great deal of disappointment as it genuinely believed there was potential to reach an agreement.

“The declaration of the deadlock by Samwu follows various rounds of negotiations between the parties which culminated in the issuing of a facilitator's proposal.”

Salga said the facilitator’s proposal called for a 4% across-the-board salary increase, linked to a multiyear agreement.

None of the parties accepted the facilitator’s proposal.