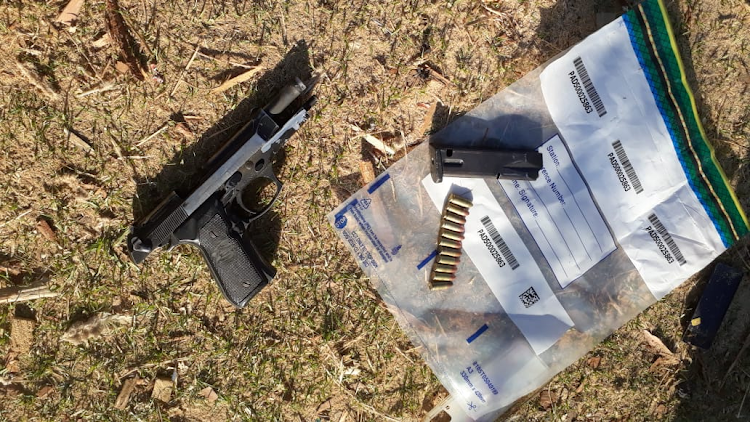 Gauteng police have arrested two of their most wanted suspects, accused of terrorising the community of Olievenhoutbosch in Tshwane and surrounding areas.
Image: SAPS

Two men linked to several cases of murder, house robberies and business robberies were arrested in Cosmo City, Johannesburg, on Tuesday after they were found with unlicensed firearms loaded with ammunition.

The men, who were among the most wanted suspects in Gauteng, are accused of terrorising the community of Olievenhoutbosch in Tshwane and surrounding areas.

Masondo said during the ministerial imbizo that was held in Olievenhoutbosch in May this year, the community complained about a man who was terrorising the community. In response, Gauteng provincial commissioner Lt-Gen Elias Mawela established an intervention team.

The breakthrough came when they received information about the possible hideout of one of the wanted suspects.

One village, 11 murders, no arrests. This is the disturbing story of Zingqolweni village, deep in the rural heart of Cacadu municipality. Most of the ...
News
2 weeks ago

“An intelligence-driven operation was launched and the suspect was traced to Cosmo City, where he was found and arrested,” said Masondo.

“In his possession police found a firearm linked to an Olievenhoutbosch case.

“After interviewing him the suspect took the team to another place, where the second suspect jumped through a window. He was chased and arrested. Also in his possession police found an unlicensed firearm loaded with ammunition.”