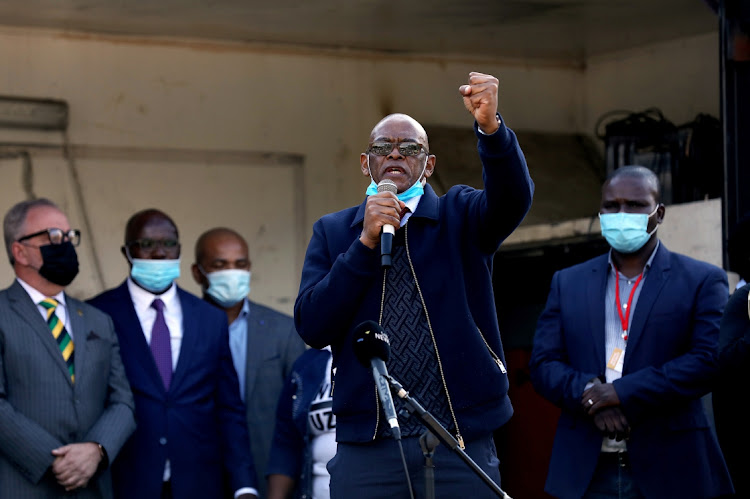 Ace Magashule applied for leave to approach the Supreme Court of Appeal about his suspension from the ANC.
Image: SANDILE NDLOVU

Suspended ANC secretary-general Ace Magashule has accused the Johannesburg high court of “actual and/or perceived bias” in its judgment that dismissed his application to set aside his suspension from the party.

In his application for leave to appeal, filed on Friday, Magashule said the judgment was “littered with countless examples” that indicated this.

To him, these indications pointed to “a desire to produce or justify a predetermined outcome” against him, he said.

Magashule was applying to the same court for leave to appeal against its judgment of July 9.

The full bench decision, penned by Judge Jody Kollapen, also declined to find that the ANC’s step-aside regime was unconstitutional.

Under the step-aside regime, when an ANC member is indicted for a serious criminal offence, they should step aside from their position. If they do not, they may be suspended.

Suspended ANC secretary-general Ace Magashule is taking the NPA to court for allegedly failing to hand over his full indictment in the R255m asbestos ...
Politics
2 months ago

Magashule has applied to appeal against the decision to the Supreme Court of Appeal, saying the high court got it wrong in a number of respects and that the judgment pointed to the court being or being perceived to be biased against him.

Magashule’s application said these pointers included that the judgment had distorted or misrepresented his arguments, attributed assertions to him or his lawyers that they never made, rejected his arguments and accepted those of the other side without giving reasons and addressed arguments that were not made by his lawyers.

The application also said the court had found that he had claimed only he had the power to suspend members of the ANC. Yet, said his application, this was “specifically clarified and rejected on behalf of Mr Magashule during oral argument” at the hearing.

The application also listed a number of other grounds on which Magashule wishes to argue that the high court got it wrong. These include its finding that the suspension of Magashule under its step-aside regime was “precautionary” and not disciplinary; and that precautionary suspensions do not require the same application of the rules of natural justice.

The application also said the court “erred” in finding that the ANC national executive committee did not “re-engineer the step-aside rule” as it had been formulated at the ANC’s national conference in its resolutions.