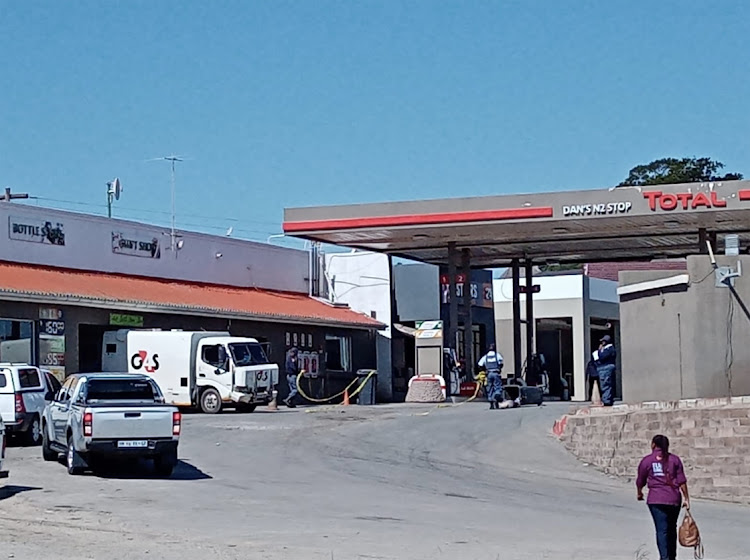 The aftermath of a cash-in-transit robbery on the N2 outside Mthatha in 2020. File photo.
Image: SIKHO NTSHOBANE

A 34-year-old suspect has been arrested nearly two years after allegedly taking part in a cash-in-transit robbery in which a G4S security guard was killed.

The security guard was returning to the cash-in-transit vehicle after collecting money from a service station at Ziyabuya Complex in Gqeberha when he was accosted by three armed males on December 23 2019.

“The guard apparently resisted when he was instructed to hand over the money; then he was fatally wounded during the encounter. Fearing for his life, the driver of the security company drove to the nearby police station during the ordeal,” police spokesperson Capt Yolisa Mgolodela said on Thursday.

“The suspects allegedly fled in a white Isuzu bakkie which collided with two vehicles on the R75 road near the shopping complex. The suspects jumped into one of those vehicles, leaving their bakkie and the vehicle owners at the accident scene. They managed to flee with more than R133,000 in cash.”

Mgolodela said the suspect was arrested by the Gqeberha serious organised priority violent crime investigation team of the Hawks on August 18 in connection with murder and a cash-in-transit robbery.

The suspect is expected to appear in court at Gqeberha. Police said more arrests were imminent.

Police cordoned off a part of Durban Road in Kariega after a cash-in-transit robbery on Monday morning.
News
10 months ago