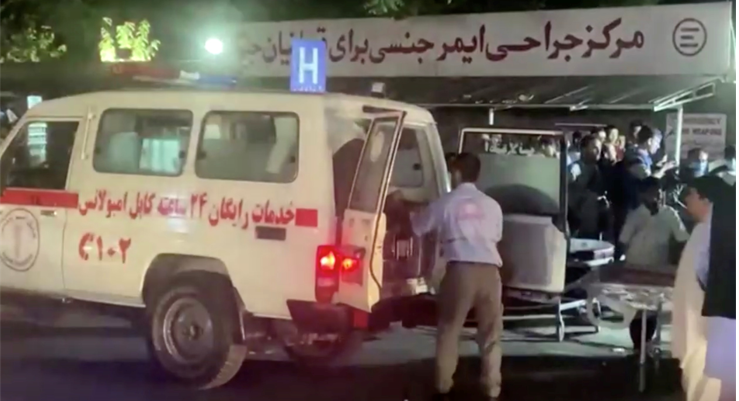 A screen grab shows an emergency vehicle as people arrive at a hospital after an attack at Kabul airport, in Kabul, Afghanistan on August 26 2021.
Image: REUTERS TV/via REUTERS

(Islamic State claimed responsibility for a deadly attack outside Kabul airport on Thursday, the group's Amaq News Agency said on its Telegram channel.

A suicide bomber from the Islamist militant group "managed to reach a large gathering of translators and collaborators with the American army at 'Baran Camp' near Kabul Airport and detonated his explosive belt among them, killing about 60 people and wounding more than 100 others, including Taliban fighters," it said.