Motshekga: 'It has become quite clear that we shouldn't scrap the October school holidays' 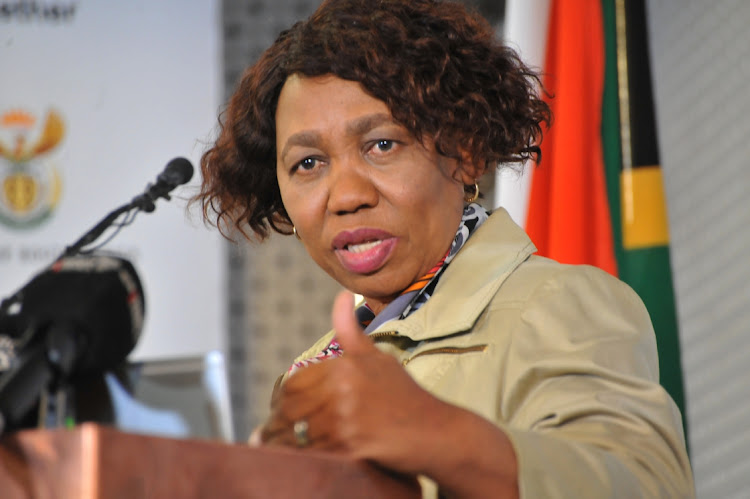 Basic education minister Angie Motshekga confirmed during a media briefing on Sunday that after a meeting with the nine MECs of education on Friday it was decided that the October holidays will not be used to “to claw back lost time”.

This was after the July holidays were extended by a week after a spike in Covid-19 infections.

The department’s initial proposal to do away with the holidays scheduled from October 4 to 8 was slammed by teacher unions, governing body associations and a principals’ association.

The five teacher unions wrote to Motshekga earlier this month to express disappointment about not being consulted on her department’s “decision” to scrap the holidays.

In the joint letter dated August 19, the unions said the decisions by the council of education ministers (CEM) and the heads of education departments’ committee (Hedcom) “are regrettably placing us on a possible course of conflict”.

The department of basic education has denied it plans to scrap this year's spring holidays due to lost teaching time.
News
9 months ago

At the time, the department said there was no truth that a final decision had been made.

The CEM comprises Motshekga and the MECs of the nine provincial education departments, while Hedcom is made up of the department’s director-general, Mathanzima Mweli, and nine heads of departments from the provinces.

The unions said they found out about the department’s decision on social media and that during a meeting with them on August 14, they confirmed that a formal decision had already been taken by the CEM and Hedcom.

After consultations, it was quite clear and for very valid reasons that we have to keep the calendar as it stands.

The unions said in their letter to Motshekga that none of them had received an invitation to comment on the proposed amendment to the school calendar.

The Governing Body Foundation also rejected the move to cancel the October holidays, saying their members were “outraged by the proposal which shows no understanding of the realities in schools”.

“This proposal clearly indicates the absolute disconnect between the decisionmakers and those at the coalface. When you consider the amount of school time missed due to rotation and other disruptions, five days will make little or no difference to the pupils,” it said.

The foundation said teachers and pupils had already put in longer hours and extra days over weekends to catch up.

“The little gain, if any, that will result if schools forfeit the few days scheduled for school closure will come at too great a cost.”

Motshekga said on Sunday that when the week was lost in July, they made a commitment that “we would claw back the time by looking at other measures and one of the measures was that we don’t have the October holidays”.

She said that “the long and short of it is the calendar is going to remain as it is”.

“If parents had plans for the October holidays, they should continue with those plans.”