Cyril Ramaphosa says vaccine passports are coming, but some are not impressed 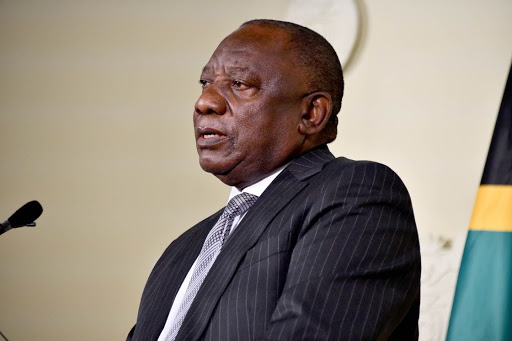 Vaccine passports and the easing of lockdown restrictions under level 2 have scores talking on social media.

On Sunday night President Cyril Ramaphosa announced the easing of several restrictions, including the curfew, size of gatherings and sales of alcohol. He said the country will move to alert level 2 lockdown with effect from Monday.

As SA intensifies its Covid-19 vaccination  programme, Ramaphosa said the health department is considering implementing vaccine passports to be shown when entering certain events and venues.

“We will also be providing further information on an approach for vaccine passports which can be used as evidence of vaccination for various purposes and events so people are able to demonstrate they’ve been vaccinated.

“The department of health is looking at a variety of mechanisms in other countries to do it electronically through cellphones or other forms of demonstration,” said the president.

The sale of alcohol is now permitted from Monday to Friday from 10am to 6pm.

The number of people allowed to gather indoors has been increased from 50 to 250, and gone up from 100 to 500 for outdoor venues.

There were mixed responses to vaccine passports.

While some welcomed the move, others accused the government of forcing the jab on citizens. A few threatened to boycott the ANC in local government elections on November 1 about the decision.

Some supported the stance, saying those who are vaccinated must be afforded some privileges.

It is your right not to get vaccinated, but remember that there is also a reserved right to admission into a private premise or property. Hence, #VaccinePassport

You can support the vaccine while also not supporting a vaccination passport. Forcing people to show identity cards and proof of vaccination to do normal day to day things is a violation of our rights. 😒#Ramaphosamustfall #FamilyMeeting #covid19SA

Go and vaccinate, it is safer as some of you who vaccinated will still die of Covid and some not!!! Only when all of us are vaccinated, will we be allowed to leave a normal life!!! Mara what is going on heh#VaccinePassport

The right time to vote ANC out after yesterday's meeting pic.twitter.com/LXWl6Fsn37

someone is already planing to buy #VaccinePassport ka back door.... 🤣😂🙆🏾‍♂️

Vaccinated people should be given some privilege and this #VaccinePassport is definitely that.