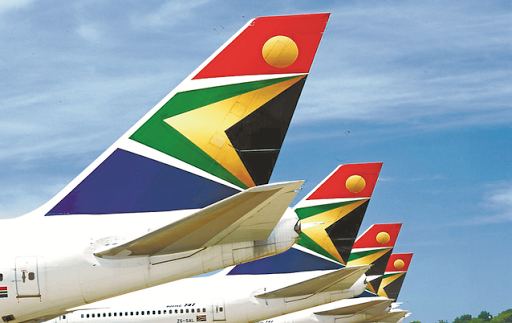 When SAA flights resume on Thursday, the national carrier will be taking off at a gradual pace with only a few routes initially scheduled.

The airline said it will have three daily domestic flights between Johannesburg and Cape Town.

From September 27, flights will start operating on the Accra, Kinshasa, Harare, Lusaka and Maputo routes.

SAA board chairperson John Lamola expressed his pride at knowing SAA aircraft  would be wheels-up again after a turbulent period which saw many staff lose their jobs.

“We have reduced our staff complement considerably and have a lean, efficient fleet of aircraft numbering eight, from a previous 32,” said Lamola.

“Many parts of SAA’s repurposing have been difficult and painful at times, but our overriding dictum has been a sense of responsibility to the taxpayer and a promise that we will not go back to where we once were.”

A landmark national decision to relinquish a 51% stake of SAA to private hands puts an end to the long-standing debate around the privatisation ...
News
5 months ago

Lamola said the SAA board would be firmly focused on the performance of the airline, adding this was justified as the now solvent airline is back in business due to support from taxpayers.

“It is due to the wonderful trait of resilience South Africans are known for that we have been able to reach this point of SAA rising from the ashes as a solvent company,” Lamola said.

While SAA’s vision remained the same, Lamola said there would be many changes.

“As a global airline, SAA will no longer be constrained by the complexities of state governance and have the competitive agility of a partially privately owned business,” he said.

The new board aimed to balance the interests of private sector participants and the state, while acknowledging the inevitable headwinds the business will face.

Lamola said there was no doubt SAA would provide more market equilibrium in terms of ticket pricing.

“Since SAA went into and then out of business rescue, there has been less local capacity and that means tickets have become more expensive. Our return to the skies will mean more competitive pricing and will enable more South Africans to fly,” he said.

He said SAA’s return to operation was a major economic enabler, particularly with its strong focus on cargo flights.

“Economics aside, there is also the pride factor. Seeing SAA’s tail colours on international tarmacs is not only positive for SA but also for the rest of the continent.”

Lamola said it was critical to point out that the new airline was a completely different entity to what it was in the past.

He said the airline has received a warm welcome from its trusted clientele.

“Bookings are the obvious measure of success and I’m thrilled there is high interest in SA and on the rest of the continent,” Lamola said.

“I was particularly happy to hear about the positive response from people in Accra, Ghana, a few weeks ago when they saw an SAA charter flight land en route to Havana. I’m also happy SAA is receiving inquiries from many missions on the continent asking when their cities will be added to our route network. All this positive affirmation is indicative of how people feel about SAA and our return to service.”