WATCH | ‘Just perfect!’ Self-taught farmworker will give you the Ed Sheeran shivers 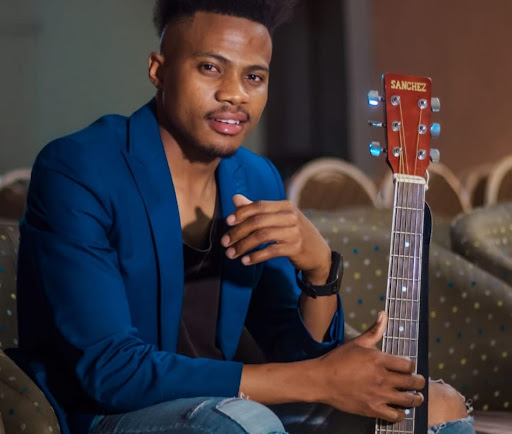 Growing up in Lesotho, Clement Sphozo knew he had musical talent and used to sing at churches and parties for a small fee.

He thought his big break was around the corner when he took part in a TV talent show, Step-Up Lesotho, in 2020.

But when he was voted out soon after making it to the top 10, he threw in the towel and headed to the Western Cape where he found work as a fruit packer in Tulbagh.

After selling two cellphones to raise the money for a second-hand guitar and teaching himself to play, 26-year-old Sphozo could be on the verge of a breakthrough once more after videos of him performing on the farm were posted on Facebook.

In her post, she said: “My mom has always been impressed by [Sphozo's] good manners and helpful nature. Last week my dad discovered his musical talent and asked him to come do a few songs for us on Sunday morning while we were visiting them. None of us were prepared for what followed.

“When he started singing Ed Sheeran’s Perfect he had us all captivated. I couldn’t stop the tears and scrambled to grab a phone to take a video.

“This man hasn’t had any musical training. He taught himself to play guitar a few years ago and says he’s been playing for about three years.”

She encouraged her followers to share the post so that Sphozo could get exposure, as he wants to take his music further and perform at functions.

The union representing farm workers in SA has welcomed the new minimum wage announced by government and rejected sustainability concerns raised by ...
News
9 months ago

“My parents would hate to lose him on the farm, because he is such a dependable and honest worker, but they would never stand in his way of realising his dream. And I think we all realise that he is destined for more,” Van der Colff told TimesLIVE.

The videos were shared on a few of Tulbagh’s tourism and events pages, radio and television stations to give Sphozo exposure.

Commenting on the social media buzz and his performance for the family, Sphozo said he believes music is his destiny.

I am very humbled, just by the love you all are giving me,the only words i have is thank you and just don't forget I'm ...

“This has now made me believe that music is really following me, even in my disappointments.

“When I left home I decided to take my guitar with, just in case there were opportunities in South Africa. For me this is confirmation that my destiny is in music.

“For the longest time I was not sure which genre to follow between gospel and love music, but after seeing emotions on the family’s faces on Sunday, I now feel affirmed and have a clear direction of what I want to do.

“I don’t want to be a farmworker for the rest of my life. Music is my passion, and I want to follow that.”