LISTEN | 'I won't resign of my own accord': Eskom boss Andre de Ruyter digs in 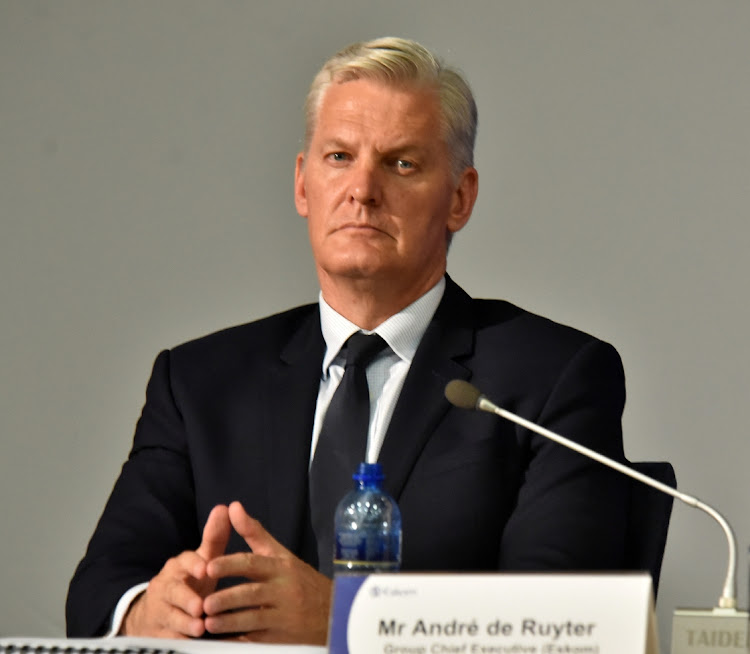 Eskom CEO Andre de Ruyter said on Tuesday that he was not going to be stepping down, despite growing criticism of ongoing load-shedding across SA.

The Black Business Council and the National Union of Mineworkers have been among the most vocal critics calling for De Ruyter to resign.

But speaking at a briefing on Tuesday, De Ruyter said there had been no conversations between himself and the parastatal's board regarding him leaving.

“I do not intend to resign of my own accord.

“There’s this lovely saying ... that you can flog a dead horse, and you can go one step further and change the jockey ... but that won’t solve the problem. It's more important to have continuity of management rather than to fall back into the trap that Eskom has been in over the past 10 years when we had 11 CEOs. This contributed to the instability in the organisation,” he said.

However, De Ruyter acknowledged that there was dissatisfaction that Eskom was “not achieving our objectives as quickly as we have intended”.

“I don't believe that changing horses at this point, or changing jockey, would make a difference,” he said.

The Black Business Council has called for Eskom boss Andre de Ruyter and the parastatal's directors to step down as load-shedding continues to leave ...
News
2 months ago

On Tuesday, the National Union of Mineworkers (NUM) called on the Eskom board and De Ruyter to resign.

“The leadership of De Ruyter has sold South Africans a dead cat. They promised that they would resolve the problem of load-shedding in 18 months. They dismally failed to meet their target. All we need is the leadership that will keep the lights burning.

“The electricity situation in this country has reached a crisis. We need the government to provide leadership by declaring this situation a national crisis. Workers are losing their jobs and income. Small and medium businesses are suffering while some are closing.

“All this is happening while the economy is still trying to recover from the Covid-19 impact,” said William Mabapa, NUM acting general secretary.