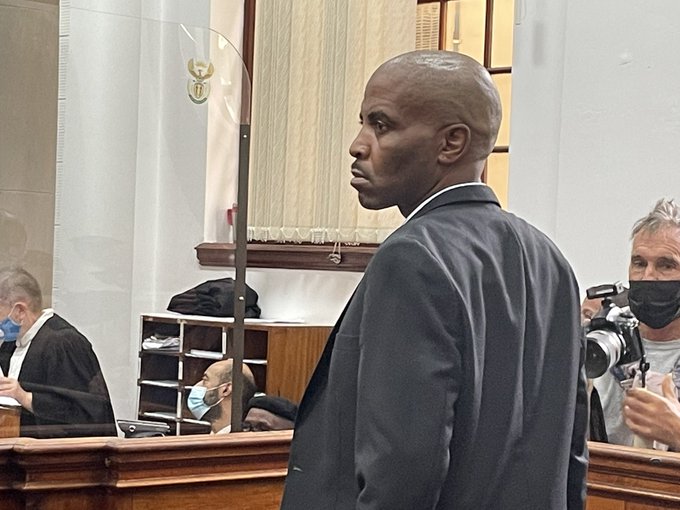 The state has hinted at evidence linking the man accused of setting the National Assembly alight to the crime.

Zandile Mafe, 49, had a count for contravention of the Protection of Constitutional Democracy Against Terrorist and Related Activities Act added to his charge sheet during his appearance in the Cape Town magistrate's court on Tuesday. This was after the state withdrew a charge of destruction of essential infrastructure against him.

Prosecutor Helene Booysen said the count of terrorism was added after they viewed video footage. The count falls under schedule 6, which places the onus on Mafe to prove it is in the interest of justice for him to be released on bail.

“We finalised the charge sheet yesterday [Monday] after watching video footage,” said Booysen. However, she did not elaborate on the footage.

Mpofu sought to poke holes in the state’s application. After consultation Mafe had told him “there is nothing wrong with him”. Mpofu said the state had “ambushed” them with the schedule 6 count.

“He [Mafe] is of the view that after today [Tuesday] he should no longer be in the custody of the state. He will embark on a hunger strike. He says that will be to whatever consequence. He is not prepared to take any food offered by the state. He doesn’t understand why the government that was unable to feed him while he was outside, poor and fending for himself, is now interested to feed him.”

Mafe was not “prepared to trade his liberty for food”.

“Your worship knows what we are dealing with here is the liberty of the accused,” Mpofu said.

“We are simply appealing for his right to apply for bail. Your worship must please take into account that the same state that says there could be an element of incapacity added a case of terrorism.”

Mpofu said investigators visited Mafe’s home in the North West. “They [the state] cannot continue to tarnish the name of the accused.”

Booysen denied that the case was postponed for a bail application. “The record speaks for itself," she said.

Booysen said Mafe cannot hold the state to ransom with a hunger strike.

“If there is a bail application and he doesn’t get released does that mean he will go on hunger strike until he dies?” Booysen asked.

“There is prima facie evidence before me that the accused may not be fit to stand trial,” said Mbalo.

Mbalo postponed the case to February 11.