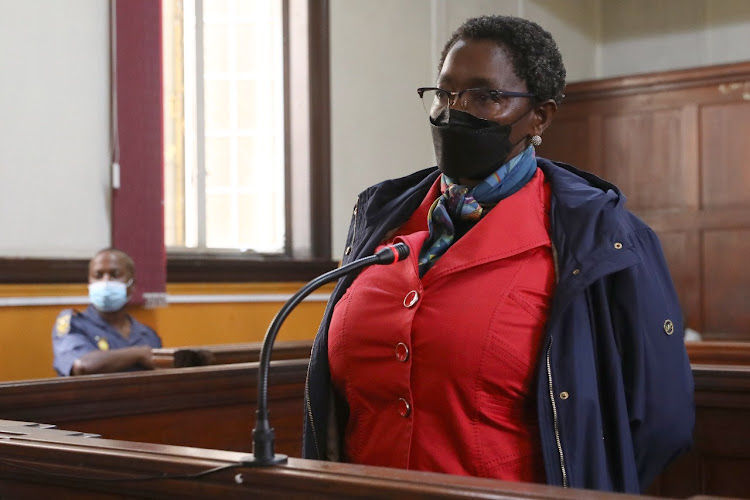 “ I am finding that the state has succeeded to prove the main count of perjury. As such, the accused is found to have knowingly and intentionally disposed of false evidence in substance to the effect that the work streams did not directly report to her, that she did not attend meetings of the work streams…”

Khumalo dismissed arguments brought by Dlamini’s lawyer that the defence was merely grasping at straws and that some arguments had no merits.

Bathabile Dlamini to know her fate on perjury charge next month

Former social development minister Bathabile Dlamini will find out on March 9 whether she is guilty of perjury.
News
4 months ago

Dressed in a red coat and navy pants, Dlamini appeared to be in disbelief after Khumalo's judgment. This as heavyweights of the ANC RET faction came in numbers to pledge their support. Among them were suspended secretary-general Ace Magashule, NEC member Tony Yengeni and former North West premier Supra Mahumapelo.

Dlamini was charged with perjury after a Constitutional Court judgment in 2018 in the wake of an inquiry into whether she should pay costs in her personal capacity for the social grants payments debacle.

State says it has proved Bathabile Dlamini lied under oath

The state says it has proved that former social development minister Bathabile Dlamini is guilty of perjury.
News
4 months ago

One of the issues the inquiry — headed by retired Gauteng judge president Bernard Ngoepe — probed was whether Dlamini had appointed work streams of the SA Social Security Agency (Sassa) to ensure Sassa could take over the payment of social grants from Cash Paymaster Services.

The ConCourt said the inquiry found that Dlamini appointed individuals to lead the parallel work streams and those individuals reported to her. The work streams were supposed to report to the Sassa executive committee, not to the minister.

Dlamini denied lying under oath when she said the workstreams did not report to her. .

However, Khumalo said all evidence pointed that workstreams did indeed report to her.

Court proceedings are under way to determine a suitable sentence.