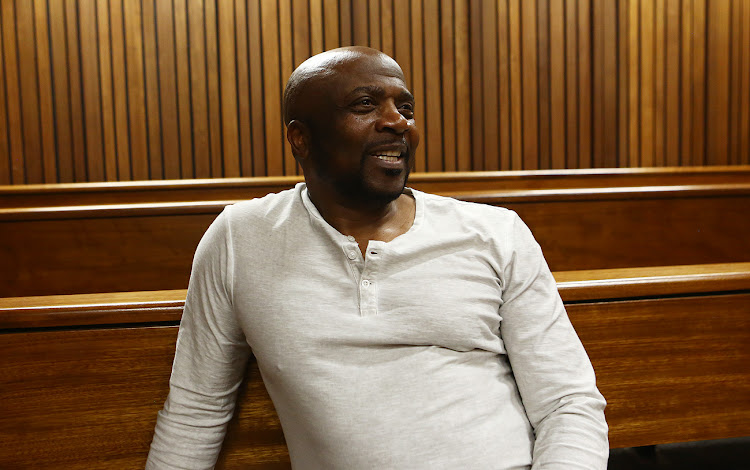 Sello “Chicco” Twala appeared in the Randburg magistrate’s court on Tuesday, where he was granted bail of R2,000.

“The alleged incident took place in Bloubosrand on May 1 2022 when two City Power technicians attended to a call about a power outage in the area. On arrival the technicians had to switch off the power, and that is when Twala allegedly charged at one of them, strangled him and pointed at him with something resembling a firearm,” said Mjonondwane.

Twala was arrested and charged for “pointing something that resembles a firearm” and common assault.

His case was scheduled to return to court on August 26 while investigations continue, said Mjonondwane.

Brenda Fassie's son‚ Bongani has lashed out at music veteran Sello 'Chicco' Twala's attempt to block the making of a biopic about the songstress ...
News
4 years ago

In a text to Sowetan on Monday night, Twala labelled his arrest as a win for him.

“Finally I got arrested for pointing a toy gun at two men who I thought were cable thieves and who caused a blackout in six houses at my recording studios. My arrest is a victory for me and defeat to all the evil people who portray me as a mafia who is behind Senzo Meyiwa’s killing.

“My arrest is proof I am not above the law,” read part of Twala’s text.

“Haters on social media claim I bribed judges and police, including police minister Bheki Cele, who I don’t even know, to protect my son. Where will I get that kind of money to bribe all these powerful people? I am texting from my cell as we speak, waiting for my lawyers to bail me. To my haters, have fun and celebrate my arrest,” Twala wrote.

His son Longwe Twala was one of the people who were present when celebrated footballer Meyiwa was gunned down in Vosloorus in October 2014 at the home of the mother of his girlfriend Kelly Khumalo.

Longwe, Khumalo and all the other people present at the time claimed Meyiwa was killed in a botched robbery.

After nearly eight years, the trial against five men who were implicated in Meyiwa’s killing started in the high court in Pretoria last month. The five have pleaded not guilty to the crime.