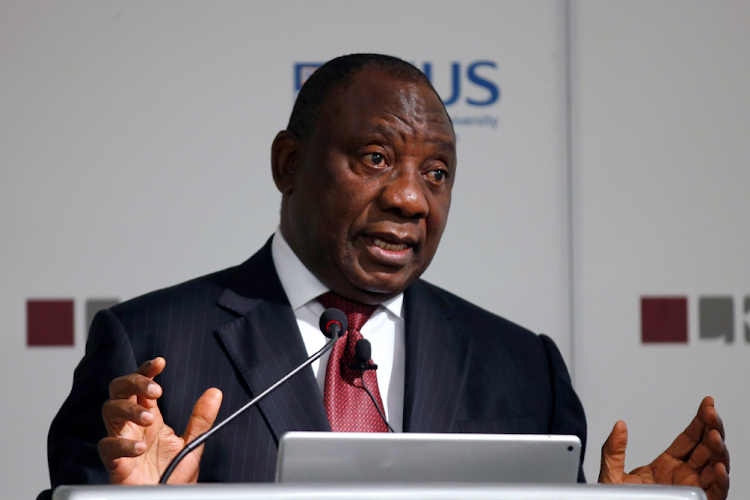 President Cyril Ramaphosa has lauded progress by Operation Vulindlela in critical sectors of the economy, including electricity, water, transport and telecommunications, saying it will move SA’s battered economy from “stagnation to dynamism”.

“Many of these reforms are complex, involving new ways of working and even the establishment of new institutions. In some cases, it will take time for us to see their full impact. Yet they are the only way to shift our economy from stagnation to dynamism,” Ramaphosa said in his weekly newsletter.

The operation set up in October 2020 was aimed at addressing challenges in the electricity, water, transport and telecommunications sectors which he described as “the arteries through which the oxygen of the economy runs”.

“Structural problems in these areas have long been cited as some of the main constraints on SA’s economic growth. Inefficiency and the high cost of network services are an impediment to doing business.

“A factory can only operate effectively with a reliable and affordable supply of electricity. A farm with irrigated farmlands can only produce food if its application for a water use licence is processed timeously. A mine can only transport its minerals for export if the railways are functioning properly. And a small business cannot thrive if it lacks access to the internet or if the cost of data is too expensive.”

Unblocking skilled immigration is a priority for Operation Vulindlela

Operation Vulindlela, the joint delivery unit in the treasury and the presidency, is overseeing a review of the work permit regime, which has been a ...
News
8 months ago

Releasing an update report on the work of Operation Vulindlela for the first quarter of 2022, Ramaphosa said progress achieved should be seen as government's commitment to implement reforms that will inject growth in the economy and inspire confidence in the business and investor community.

Among other achievements, Ramaphosa cited the following:

“Changes to the regulations on new generation capacity have allowed municipalities to procure power independently for the first time. And legislative reforms will ultimately give birth to a new competitive electricity market, supported by the publication of the Electricity Regulation Amendment Bill and the work under way to amend the electricity pricing policy.”

Ramaphosa said the unbundling of Eskom’s generation and distribution divisions was on track and government hoped it would be completed by December.

Mmusi Maimane takes aim at Cyril Ramaphosa and his 'past' promises

Mmusi Maimane has taken aim at President Cyril Ramaphosa, saying if he had a music album its track list would consist of some of his responses to ...
News
2 weeks ago

In the water sector, work was under way to establish a national water resources infrastructure agency that would ensure better management of water resources.

In the transport sector, where inefficiencies in ports and rail had severely affected the country’s ability to export goods, partnerships with private sector operators who would invest in port infrastructure were being established.

“The white paper on national rail policy, which was approved by cabinet in March, outlines plans to revitalise rail infrastructure and enables third‐party access to the freight rail network. Transnet Freight Rail is already making slots available for private rail operators on the network.”

A fully operational e-visa system has been launched in 14 countries, including some of SA's largest tourist markets. A comprehensive review of the work visa system is being done to attract skills the economy needs.

Ramaphosa called on business and investors to take advantage of the changes in the pipeline and turn their pledges and commitments into tangible, job-creating investments.

“The reform agenda is moving and its momentum is unstoppable. Together, let us build on this progress and translate economic reform into growth, opportunity and employment.”