Demotions, dismissals and return of stolen money demanded from those who mismanaged KZN Covid-19 funds 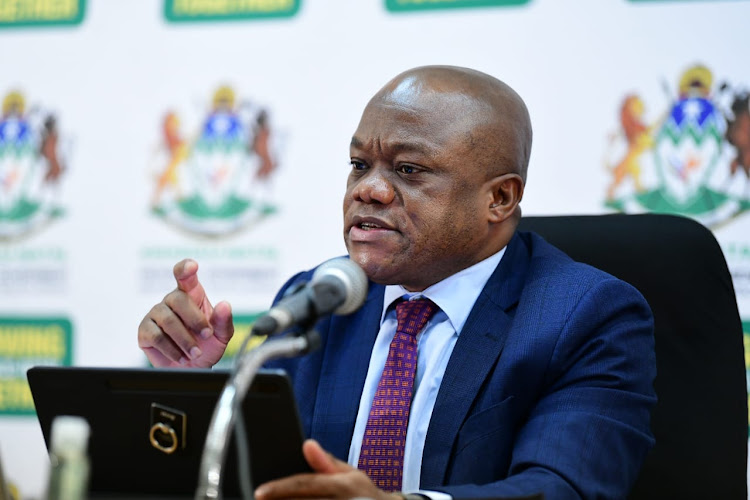 KwaZulu-Natal premier Sihle Zikalala and his government on Wednesday outlined several steps that have been taken to deal with issues raised in the auditor-general’s special report on the financial management of the Covid-19 pandemic.

MPs were told that scores of officials including senior managers are undergoing disciplinary proceedings. Some have been suspended, others have resigned or been demoted and money is being recovered from those who stole during the pandemic.

Giving an overview from the office of the premier, director-general, Dr Nonhlanhla Mkhize said shortly after structures were set up to monitor Covid-19 procurement processes, the provincial executive council noted media reports of purchases of personal protective equipment [PPE] and blankets in the province.

She said the PEC swiftly instituted an investigation and on July 21 2021 the outcome of the investigation was made public and the report submitted to relevant departments for audit and for consequence management to be implemented.

No room for corruption as government moves to rebuild KZN: Ramaphosa

President Cyril Ramaphosa has warned corruption hyenas salivating over the prospect of public money being disbursed to KwaZulu-Natal to rebuild after ...
News
1 month ago

Education HOD Nkosinathi Ngcobo said: “We will conduct an investigation into the reported findings [of the AG] and should there be any losses incurred disciplinary processes will be instituted and the loss will be recovered.”

Social development HOD Nelisiwe Vilakazi told MPs that a forensic report for blankets was received on June 15 2020 and another for PPE on July 10 2020. The report recommended that 12 people be charged with misconduct.

“Before the report was received some officials named in the report left the department. One senior manager resigned and another passed away in August 2020. Two other officials could not be charged because there was no evidence,” said Vilakazi.

The KwaZulu-Natal health department has been forced to put some planned maintenance on hold to channel money from its budget to repair infrastructure ...
News
2 weeks ago

She said on July 8 2020, eight officials were suspended and on November 18, one was found guilty and received a final written warning. “The official was transferred to another section where she will not deal with financial matters,” she said.

Another official was found guilty on May 10 2021 and was demoted.

“We have four misconduct hearings which have not been finalised,” she said, adding that all the senior managers implicated were on suspension.

Vilakazi said the Special Investigating Unit was part of the process.

Health HOD Dr Sandile Tshabalala said when the AG assessed the department two material irregularities were found, which were similar to those found by the SIU.

He said the department was recovering funds in both matters.

Mid-year matric examinations will not be affected by the recent floods in KwaZulu-Natal.
News
2 weeks ago

The EFF’s Hlengiwe Mkhaliphi said while it was good that the department of education had started its investigation, she demanded to know time frames in order to hold the department accountable.

“If we as government are not going to send a clear signal to people who committed crime, especially during the pandemic, it means that anyone can say we are just threatening. We need to send a strong message,” said Mkhaliphi.

Her colleague Anthony Matuba said he was puzzled as to why some of the officials who had been found guilty had been moved to other departments because, “a thief is a thief”.

The DA’s Celliers Brink said he was concerned that KZN found itself in a different disaster and having to deal with public funds. “The concern is for how that money is going to be spent,” he said.

Zikalala noted the concerns. He, however, said: “I must hasten to say yes we are following and working to ensure that all recommendations from the AG are [implemented]. There are a number of investigations that we conduct and take disciplinary action, so it is not that we are dependent only on whistle-blowers and the AG.”