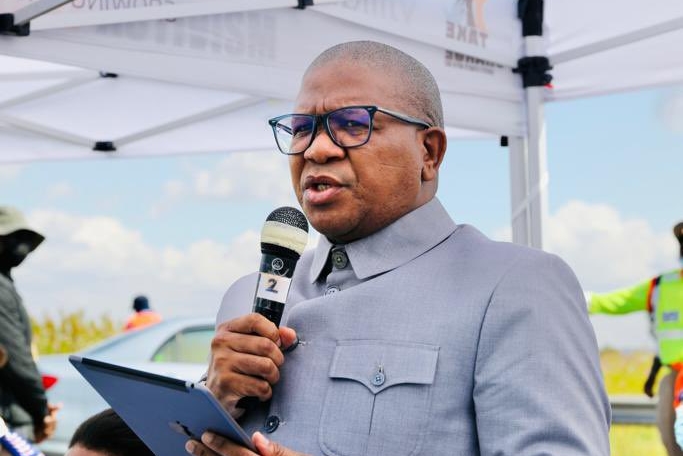 Motorists who use Gauteng roads will have to wait even longer to hear a final decision on the future of E-tolls.

This as a year later, transport minister Fikile Mbalula has still not announced a decision on this despite a promise to do so in May 2021.

In his budget speech delivered to parliament on Wednesday, Mbalula told MPs that they were working closely with finance minister Enoch Godongwana to finalise outstanding matters relating to E-tolls.

In his budget, he said, R2.1bn was specifically allocated due to reduced tariffs for the Gauteng freeway improvement project.

Residents and motorists have in their thousands boycotted e-toll payments, with many opting not to buy the e-tag which allows the state to electronically collect toll fees.

'There is no decision from cabinet around the scrapping of e-tolls,' acting minister in the presidency Khumbudzo Ntshavheni said on Thursday.
News
1 year ago

Since 2019, both Mbalula and Gauteng premier David Makhura have been promising an imminent announcement on the way forward with E-tolls but it has not happened.

“We are alive to the adverse impact the delay in making the final decision on E-tolls has on the Sanral balance sheet and its ability to raise capital for its catalytic projects. This is a matter cabinet has on its radar and a pronouncement will be made once the final decision has been taken,” said Mbalula.

He had, however, made a similar promise to the National Council of Provinces in May last year.

“It has taken longer than we would have liked. We thought by now we would have finalised but unfortunately it's a big decision. We are not working alone. We go back and forth with Treasury on these issues, and that's how it is,” Mbalula said in May 2021.

Transport minister Fikile Mbalula has told parliament that the Gauteng e-tolls saga will finally be resolved in two weeks' time.
News
1 year ago

The long, drawn-out saga had seen Makhura and then finance minister Tito Mboweni clash over public statements by the former minister railing against nonpayment of E-tolls.

At the time, Mboweni told journalists at a press conference linked to his medium-term budget that E-tolls were not going anywhere.

“People must appreciate the service provided and just like they go to Pick n Pay to buy bread, they will pay for the use of this service,” Mboweni said back then.