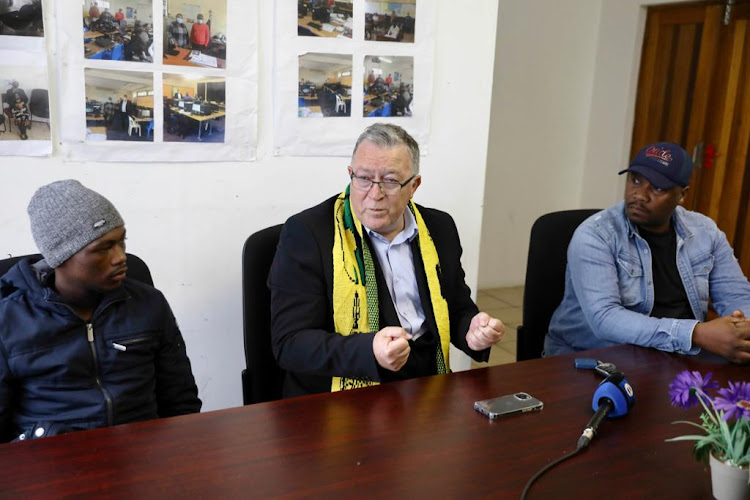 Cameron Dugmore, leader of the ANC caucus in the Western Cape legislature, with Stellenbosch University student Babalo Ndwayana, left, and his uncle Anele Mnyondo on May 18.
Image: Esa Alexander

The racist incident at a Stellenbosch University residence is a test of the country’s commitment to ending racism, according to the leader of the ANC in the Western Cape legislature Cameron Dugmore.

Speaking in Stellenbosch on Wednesday afternoon before a meeting with victim Babalo Ndwayana and his family, Dugmore said the incident should serve as a “firm line in the sand” to mark an end to racism.

“This barbaric racist attack is not only a tragedy, it is actually a time where our country has to draw a firm line in the sand to say racism will not be tolerated and there have to be consequences.”

Earlier, the ANC leader met the university’s deputy vice-chancellor for learning and teaching Prof Deresh Ramjugernath to discuss the incident in which first-year agriculture student Theuns du Toit urinated on the desk and laptop of Ndwayana in the Huis Marais residence.

During the incident, Du Toit allegedly made racist remarks towards Ndwayana. 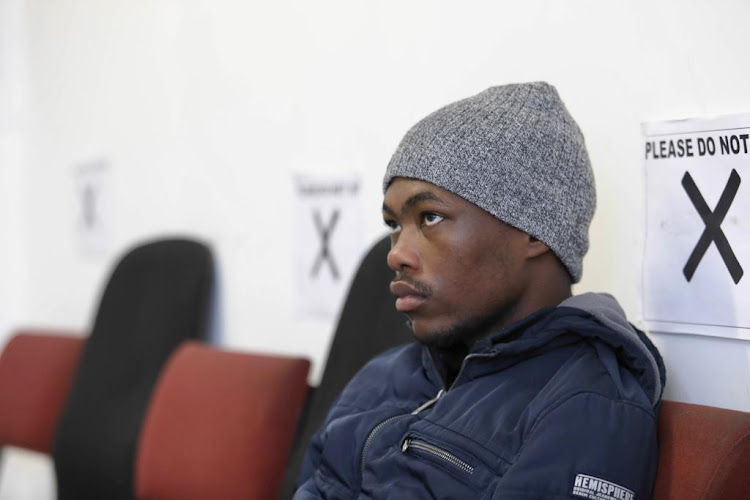 Babalo Ndwayana at a briefing in Stellenbosch after he met Cameron Dugmore, leader of the ANC caucus in the Western Cape legislature, on May 18 2022.
Image: Esa Alexander

Dugmore said the the university was engaged in an internal struggle between progressive forces and those opposed to transformation.

“We know these things are happening at our schools as well. We say so far and no further. We, as the ANC, are saying this battle against racism is not over.” .

Anele Mnyondo, Ndwayana’s uncle who lives in Stellenbosch, said the 20-year-old student's family had been shocked by the incident.

“We felt angry and scared for him [Ndwayana] as well, a child just come from the Eastern Cape. It is the first time for him to encounter such crime, which is kind of uncomfortable for the family.”

Earlier, the perpetrator's father, Rudi du Toit, reportedly made contact with Ndwayana’s father, according to Netwerk24. He is reported to have said the family is hoping to reach out to the victim and his family.

The family of Mdantsane-born Babalo Ndwayana, whose study material, including a laptop, was urinated on by his white roommate’s friend at ...
News
2 months ago

Huis Marais, where the incident took place, is back to normal after finding itself in the midst of a media storm on Tuesday with TV crews parked outside the front entrance.

On Wednesday, students were bustling in and out and some were playing table tennis in the downstairs recreational area. Representatives of the residence committee were unavailable for comment.

In the centre of the campus, a large marquee awaited the formal inauguration of former Constitutional Court justice Edwin Cameron as the new university chancellor on Wednesday evening. It was unclear whether the event will be disrupted by protests.