CRIME STATS | Kidnappings have increased by more than 100% 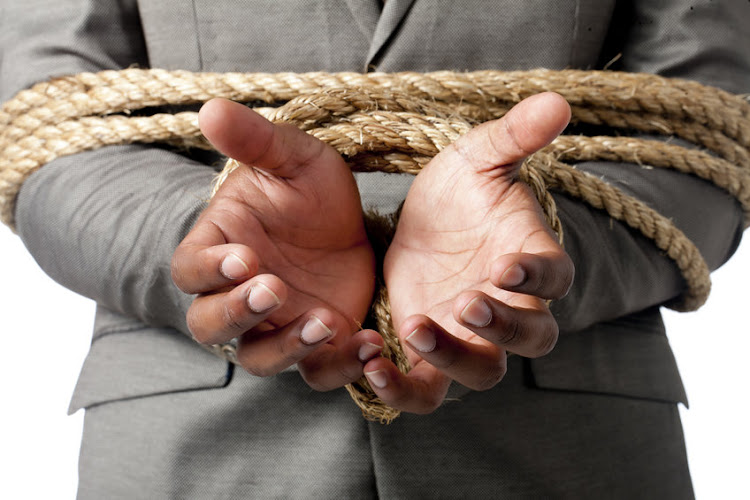 There were 3,306 kidnappings reported between January and March this year, an increase of 109.2% compared to the same time last year. Stock photo.
Image: 123RF/ kozzi

There were 3,306 kidnappings reported between January and March this year.

This is an increase of 109.2%, or 1,580 cases, compared to the same time last year, according to the quarterly crime statistics reported by police minister Bheki Cele to parliament on Friday morning.

According to the presentation, every province experienced an increase in this crime, with Gauteng experiencing the most reported cases and biggest increase from the same time last year, at 1,563 cases and an increase of 198.3% from 524 in 2021.

Kempton Park police station recorded the most incidents of kidnapping with 56 reports, compared to seven reported in 2021. 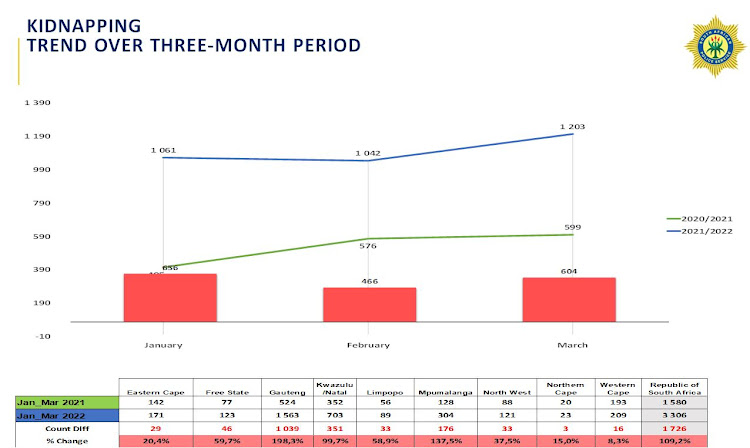 Statistics for kidnappings reported to police in the first three months of the year.
Image: SAPS

The Western Cape recorded the lowest quarterly increase in kidnapping at 209 cases, up from 193, a difference of 8.3%.

Hijacking was the main reason behind kidnappings during this time with 2,849 incidents.

This is followed by robbery circumstances at 1,147 incidents, and rape-related incidents at 465.

There were 78 ransom-related kidnappings, with 32 reported in Gauteng followed by Limpopo at 10 and nine in Free State.

There were 12 cases of human trafficking reported during this time, with seven reported in Gauteng.