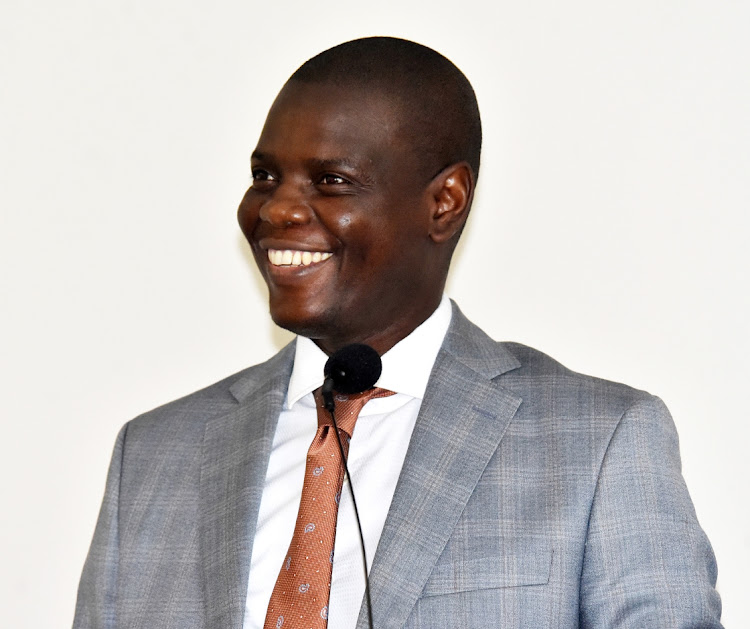 Ronald Lamola is not prepared to  “wait his turn” in the ANC leadership queue and is pressing ahead with plans to contest for the deputy president position when the party holds its elective conference in December.

Lamola, an ANC NEC member and minister of justice and correctional services, is among a raft of party leaders intending to raise their hands for the second most powerful position in the party at the conference.

He told a youth month rally in Bushbuckridge, Mpumalanga on Saturday he is being told, even by opposition parties, that he is too young to get a position in the top six of the ANC and that he must wait his turn.

We are also told that we must wait in this queue. It means that we are going to wait forever because all those that came before us are still waiting in that queue and there is no hope that they will one day make it to the other line

However, he said, there were many ANC “young lions” who have waited in perpetuity for their turn, including Fikile Mbalula and Malusi Gigaba, and who may not even have a chance to make it to the higher echelons of power in the party.

Lamola told those gathered at the ANC-organised event he was not willing to do that.

“If you are told that you are skipping the queue, the organisation is losing a good energy and a good resource because you can wait forever in that queue,” Lamola said.

“We are also told that we must wait in this queue. It means that we are going to wait forever because all those that came before us are still waiting in that queue and there is no hope that they will one day make it to the other line.”

Lamola also hit back at EFF leader Julius Malema who earlier this year said the minister was jumping the leadership queue as there was a generation of Youth League leaders who came before him who should be vying for positions in the ANC top six before he can start considering it.

“So we must refuse to be told to wait even by the opposition because the opposition, like the EFF, when they tell us to wait it is so that the ANC does not have access to the most immediate resource — young and energetic, educated and orientated in the social class of our people,” Lamola said.

The ANC in Limpopo heads to conference this weekend amid strong indications that President Cyril Ramaphosa’s bid for a second term will be endorsed ...
Politics
2 months ago

Lamola said social ills facing the youth today required the very same young people to deal with them as they can introduce new and fresh ideas.

Lamola received a warm welcome at the event in his home province and was endorsed by members of the party provincial executive committee (PEC) in attendance.

At its elective conference in April, the newly elected leaders made it clear the province would want to retain the position of deputy president currently held by David Mabuza who hails from Mpumalanga.

It appears now that they would back Lamola as Mabuza has lost popularity in the province and seems unlikely to clinch a second term as deputy president.

About 48 prisoners escape from SA's prisons each year: Ronald Lamola

An average of 48 prisoners escape from SA prisons each year, justice and correctional services minister Ronald Lamola said, in a written reply to a ...
News
2 months ago

Lamola will, however, battle it out with other ANC leaders who have shown interest in the position, including treasurer-general Paul Mashatile and NEC members Mmamoloko Kubayi, Jeff Radebe, Thandi Modise and Vuyiswa Tulelo.

“We will rally behind you in making sure that we realise our dream. If you fall we will fall with you, if you rise we will rise with you but rest assured we will do everything in our powers to make sure that you are sent to that position where you will be representing young people.”