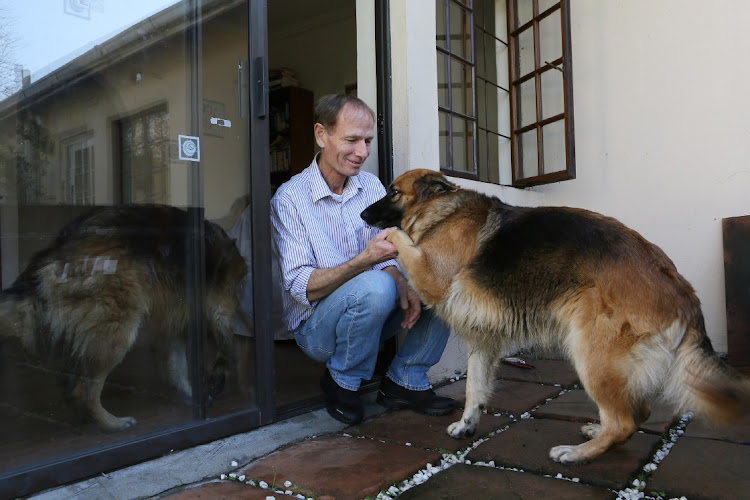 The three-year house arrest of Prof Sean Davison, an academic teaching biotechnology at the University of the Western Cape, ended on Monday.
Image: Ruvan Boshoff

“I have done my time but I did not commit a crime. I helped three men to die, three men who were suffering unbearably with no hope of recovery, desperate to die and incapable [of doing this],” Davison said on the steps of the court.

“For this the court found me to be a murderer. I am not a murderer,” he said.

“The time has come to change the law and to have a good law, which is compassionate and kind, that does not confuse euthanasia with murder.”

To avoid being locked up for murder away from his young children, Davison entered into a plea-bargain agreement with the court and was sentenced to eight years in prison fully suspended, three years of house arrest and 16 hours of community service a month, and a gag on talking to the media.

On the courtroom steps, Dieter Harck and his wife Lynn Grubb flanked the resolute Davison.

Harck is terminally ill with motor neuron disease and, supported by his wife and DignitySA, is fighting a legal battle for assisted dying.

On Monday Davison was contacted by a woman named “Emma” who appealed to him to help her die, and he publicly thanked her for accepting he cannot do this.

“I thank her for understanding I cannot help her. There are millions of South Africans who are holding out for a law change. It will happen,” he said.

Davison said he was grateful for the support of the late Archbishop Emeritus Desmond Tutu, “who was instrumental in opening the eyes of the world to the issues [on assisted dying] and the need to change the law”.

Two terminally ill patients‚ have asked the Johannesburg high court to rule that laws banning doctors from assisting terminally ill with suicide are ...
News
4 years ago

“It is in his honour that I will keep working to [fulfil] his wish,” said Davison.

The University of Western Cape professor thanked his family, friends and the university, where he works in biotechnology, for their support.

Asked if he crossed a line by helping non-family members to die — years after he had assisted his doctor mother to die at her request — he said he did not. 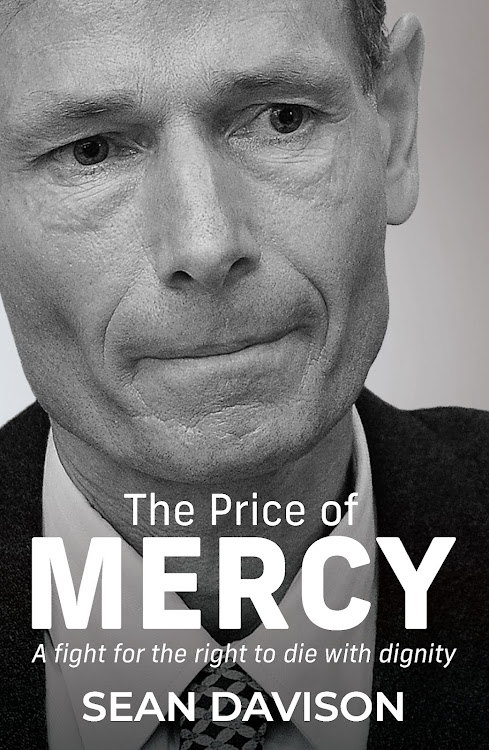 'The Price of Mercy' by Sean Davison will be in SA stores from Monday after his three-year media gag ends.
Image: supplied

Born in New Zealand, where Davison served five months' house arrest for his mother’s death, he has no immediate plans to leave SA.

He said the SA authorities have his passport but “at this stage I don’t plan to leave. SA is in my blood”.

Davison said he was not angry with police and prison officials who were doing their job during his house arrest, even though his family had suffered with him, including through late-night checks on him.

“House arrest is a punishment, and it is meant to be. It felt like punishment and it is very hard on the family. My children lost a father, who could not step outside the gate to go to the shops or to the park,” he said.

Despite icy Cape Town conditions, Davison plans to take his three children to the beach to celebrate his freedom with them.

Archbishops weigh in on ‘right to die with dignity’

DOES the right to life always trump needless suffering? Anglican archbishops are lining up on opposing sides of the euthanasia debate, as the British ...
News
7 years ago

Right-to-die activist Sean Davison is yet to find out whether he will be tried for murder in the regional court or in the high court.
News
3 years ago