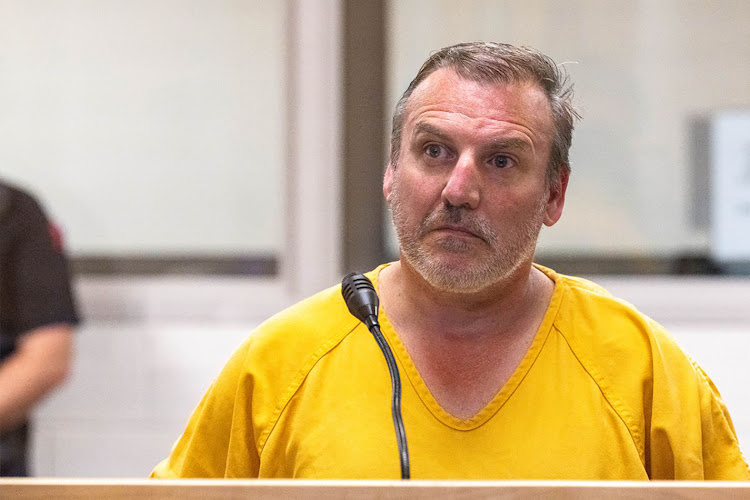 Brian Steven Smith appears at an arraignment on a charge of first-degree murder in an Anchorage courtroom .
Image: SCREENGRAB/YOUTUBE

Her remains would later be discovered dumped off a major highway that runs through the remote US state.

Another strange discovery would lead to her alleged killer - an SD card containing video footage of her murder. On it, her killer's voice could be heard taunting her - and police say his accent gave him away.

Brian Steven Smith, a 48-year-old South African, was arrested for Henry's gruesome murder shortly afterwards. He also recently admitted to shooting another female victim  in 2017 or 2018.

LISTEN to what happened:

In this week's minisode, the True Crime South Africa podcast discusses Smith's alleged crimes in Alaska and delves into the man's background.

We also discuss the murder of Karen Turner, the young pregnant mother who was viciously stabbed to death in her chalet while on holiday in Hluleka Nature Reserve in the Eastern Cape.

In March 2005, Carol Thompson received the news that no mother should ever have to hear. The body of her 24-year-old daughter Tracey, who had been ...
News
1 year ago

In 1996, Moses Sithole was sentenced to 2,410 years in prison for a prolific series of murders. The mind of man who could commit such atrocities ...
News
1 year ago

Moses Sithole was a man of many names — The ABC Killer, the Gauteng Strangler and the South African Strangler — not to mention at least a dozen ...
News
1 year ago

PODCAST | Does Nicholas Ninow have the right to see his child?

In September 2018, South Africa woke up to the horrifying news that a 7-year-old girl had been raped in the toilets of a restaurant in Pretoria. ...
News
1 year ago
Next Article