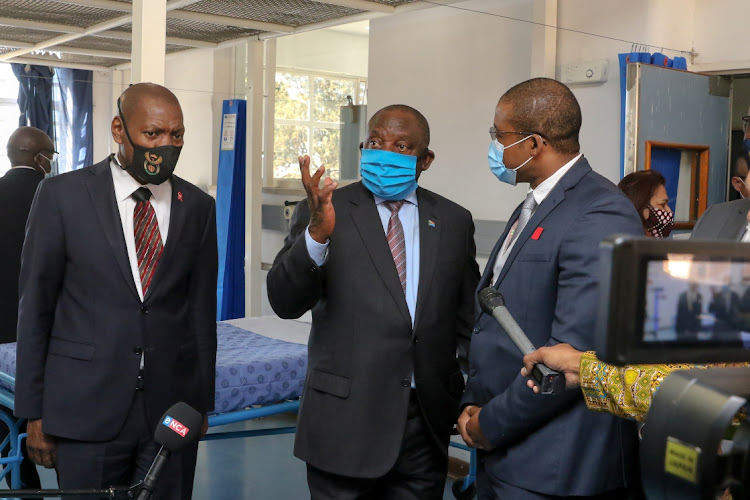 Covid-19 infections are rising sharply in South Africa and Latin America. This is fitting as South Africa resembles the countries of South America more than those of its home continent.

It has become common to point out that Covid-19 has highlighted South Africa’s inequalities. It is less common, but just as important, to recognise that inequality shapes how the country is governed, ensuring that, while South Africais located in Africa, those who govern it may be closer to their counterparts in Latin America.

The first reason South Africa has been unable to stem the tide of infections is that its strategy always assumed a severe epidemic was inevitable. It is hard to fight anything if you assume you are bound to lose.

This followed advice from South Africa’s medical scientists, almost all of whom embrace this view despite scientists in other parts of the world having helped to prevent great damage.

The number of new Covid-19 infections tracked in SA over the past 24 hours is 13,285. This means South Africa now has the fifth highest number of ...
News
1 year ago

Why is this? Possibly because their points of comparison on the pandemic were not Asia and parts of Africa where infections were curbed, but the rich countries of the global north, many of which were overwhelmed.

They also probably assumed that while some countries might be able to prevent a severe outbreak, South Africa could not.

If so, this would reveal a common way of thinking in South Africa — the belief that the country must compare itself to the rich countries of the north — but that it will never match up.

This pessimism is born of the view that South Africa’s government has very limited capacity. The failure to curb Covid-19 does show glaring capacity gaps.

SA’s fiscal crisis: feel it, it is here

But the problem is not, as critics usually assume, a lack of technical know-how. It is, rather, a particular view of the world and the difficult relationship between those who govern and the governed.

Despite appearing to give up before the fight began, South Africa could have contained Covid-19 had it done what its government said it would do — create an effective testing and tracing programme which would identify people with the virus, trace their contacts and isolate them if they were infected.

The government likes to boast about the large number of tests its many community health workers have conducted.

It talks much less about why testing has not stemmed the virus — a bottleneck at the National Health Laboratory Service, which supports provincial and national government health departments.

In May, doctors complained that it took on average a week to receive Covid-19 test results for outpatients, and three to four days for patients in hospitals.

Other doctors reported cases in which it took weeks to receive results. At the end of May, Gauteng, the country’s economic hub, was waiting for test results for more than 20,000 people.

Testing can contain Covid-19 only if results are received speedily so that the contacts of infected people can be traced. The laboratory backlog meant testing and tracing could not work, no matter how many tests were conducted and how many health workers were hired.

This seems to be an obvious technical failure. Some test results were, according to doctors, lost, which seems to show that the lab was simply not up to the task.

But the real problem may be that the government put far too much faith in a hi-tech laboratory which was, because too much was expected of it, simply overwhelmed — hence the lost results.

By contrast, Senegal, a far poorer country, knowing it had no laboratory service that could have coped, developed a test which cost only $1 (R16.71) and produced results very quickly.

Ten new ventilators have been delivered to the Nelson Mandela Academic Hospital in Mthatha and Livingstone in Port Elizabeth by the US embassy, ...
News
1 year ago

So, South Africa believed it had capacity which it lacked. It also assumed that a laboratory which operated like those in rich countries was the most effective way to test for Covid-19.

And so, unlike Senegal, it failed to come up with a solution fitted to its needs. Again, the desire to be like the north made it impossible to contain the virus.

The second problem is that the behaviours needed to stem Covid-19 are very difficult for most South Africans — those who live in the formerly blacks-only urban townships and in shack settlements.

Overcrowding makes physical distancing hard, clean water may not be available for hand washing and people are forced to travel in full minibus taxis.

The government could have overcome these problems if it had chosen to work with people in these areas to find ways to protect themselves. But it did not try — it relied on instructing people to do things they clearly could not do.

Soweto residents on Monday appeared to be heeding President Cyril Ramaphosa’s call to wear face masks in public but were reluctant to stay home or ...
News
1 year ago

To South Africa’s elite, of which the government is now a part, people in low-income townships lack sophistication and maturity — poverty is confused with inability. And so there is no point in working with them.

The problem here is the government’s lack of political capacity, its inability to form a relationship with voters which would enable them to work together against a common threat.

A significant section of its people lives like, and measure themselves by the standards of, the affluent in North America and Western Europe.

This is why it has facilities other African countries lack and why it insists on relying on them.

The storm is upon us and we are not ready

People who live in “First World” conditions also find it much easier to lobby politicians. That is why the government’s claim that it would be guided only by the science of Covid-19 collapsed as lobby groups persuaded it to open activities which allowed the virus to spread.

But most people live in the same conditions as the poor of the “Third World”. Facilities designed for the “First World” one-third of the population cannot meet the needs of the other two-thirds.

The elite’s deep admiration for the “First World” ensures that the government always wants to rely on what works only for the one-third because only this is “respectable”.

The issue is not that many South Africans are wealthy and live well — so do elites in other African countries. It is that the country is divided into two worlds.

An entire economy and social system serves one-third of the people and excludes the rest from its benefits. This shapes attitudes as well as who gets what.

The government may be elected by people outside the charmed circle but it is a product of it, hence its response to Covid-19.

Another consequence, common to South Africa and much of Latin America, is that those who live in “First World” conditions tend to see those who don’t as people who have not attained their exalted standards — they must be told what to do and controlled if they do not listen.

Working with the majority to fight the virus isn’t possible when they are seen as “backward” embarrassments.

Many South Africans like to think the country is unique in Sub-Saharan Africa. Its contrasts of wealth and poverty certainly are one of a kind.

Its response to Covid-19 shows how much this prevents the government from doing what it needs to do.

Steven Friedman is professor of Political Studies, University of Johannesburg. This article was originally published in The Conversation.