Putin's war is an old story of 'great Russia' 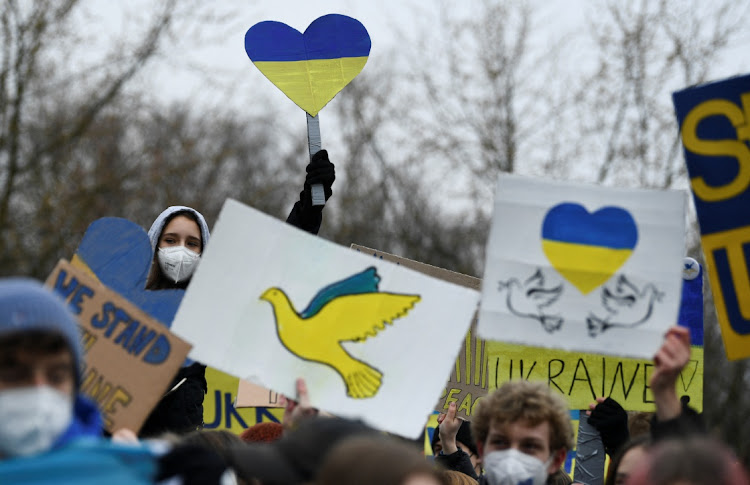 The speed at which the Russian army has rolled into Ukraine has shocked the world.

Attacking from three directions, President Vladimir Putin unleashed 70% of his mighty military machine — from air, sea and land — to overrun the much smaller Ukraine defence force. At the time of writing, Russian special forces were already attacking the capital city, Kyiv, and residents had fled into subway tunnels. All this within 24 hours of the attack being launched.

Despite the fact that Russian forces have been congregating on the Ukraine border for three months, politicians in neighbouring Europe were caught off-guard — misreading the Russian leader and vastly underestimating a moment that heralds the end of the post-Cold War era.

For many the notion that the Russian president would brazenly unleash his military divisions into Ukraine in defiance of potentially devastating international sanctions seemed irrational and counterintuitive. But, as often happens in war, there is something that we fail to grasp — and in this case it is Russian nationalism and the mindset of Putin himself.

To understand Putin’s rationale, we have to go back to the past of so-called Kyiv Russia — the historical homeland and centre, some 10 centuries ago, of what is Russia and Ukraine today. Over the years the political centre of the Russian state moved from this region to Moscow where those rulers started to call themselves “tsars of the All-Russia”, and managed to subordinate the surrounding territories, Belarus being one.

Ukraine, whose name can be roughly translated as “a land on the edge of our land”, was finally formally annexed as part of the Russian Empire around the end of the 18th century, although it maintained its own peculiarity in terms of culture and language.

But for the highly hierarchical and centralised Russian state, having a region that was too distinctive was unacceptable. Indeed, it was impossible to accept that people living in the historical cradle of the proud Motherland did not identify fully with the Russian national spirit and dared to speak a language that sounded like their botched mother tongue.

This semi-colonial attitude continued to exist throughout the Soviet era and has survived to this day. Even now many Russians refuse to acknowledge that Ukraine and Ukrainians are separate and have their own identity, distinct from Russia and its statehood.

This is why, when Sergei Lavrov, Russia’s foreign minister, recently publicly announced that “Ukraine is not a sovereign country”, he was not too bothered about being diplomatic. According to the old Russian saying, “a hen is not a real bird, Poland is not a real country”. Nowadays, this idiom applies to Ukraine. This is the spirit, mindset and Russian psyche.

It is also important to appreciate that Russia was only able to grow into an important superpower after its annexation, in1793, of Ukraine — a vast land that came to serve as Russia’s breadbasket. Besides it’s crops, Ukraine is rich in terms of easily accessible natural resources — voluminous deposits of coal, iron ore, sulphur, potassium salts to name a few of the 90 minerals dug out of its 8,000 mines. This is what ensured the creation of huge and well-developed heavy industry during the Soviet era. It was also highly significant for the development of the Soviet Union’s military complex.

There is another reason that Ukraine is important for Moscow — it is the gateway to Europe. It guarantees easy land access for trade, unlike marshy and swampy Belarus.

Then there is Putin himself — the commander-in-chief of one of the strongest armies in the world. He deployed more than 180,000 assault troops to Ukraine’s border and then chose to invade his neighbour, because, in his imagination and in his own words, “the biggest tragedy of the 20th century was the collapse of the Soviet Union".

Note, not the Holocaust, not the Second World War with its horrific death toll of millions, not even the smaller Great War subsequently known as the First World War. For Putin the very worst thing was the collapse of the USSR. And indeed there could be no greatness for the Soviets without the power and riches of Ukraine.

For an apologist of the Soviet past like Putin there can also be no “great” future without taking Ukraine back under the Kremlin’s control. And, according to his logic, it is only a great people who make great history.

So, what will the consequences be for the world?

First, this war, launched against a weaker neighbour, is in defiance of international law — it disregards the 1994 Budapest treaty guarantees given by the US, UK and Russia (!!!) to respect Ukraine’s territorial integrity and sovereignty in exchange for Ukraine giving up its post-Soviet nuclear arsenal.

Russia’s disregard of this agreement sends a message, specifically, to those regimes that are currently building nuclear arsenals — such as North Korea or Iran. The message is this: there is no pay back for giving up one’s nuclear acquisitions. And this lesson cannot be reversed.

Second, the war is hitting the energy market. The EU’s decision to diversify its sources of gas and oil to hit the Kremlin with sanctions is already ramping up global prices.

Third, and probably most importantly, Putin has orchestrated a conflict that will harm Russia for decades — economically and politically. His demands to roll back the political reality of Europe to revive the Soviet era have been strongly condemned, not only by the West but by the AU, including SA.

But, having set the game in motion, and playing it hard, he must continue. This war will do immeasurable harm to Russia. The West will no longer purchase oil and gas from Russia and sanctions will devastate Russia’s fragile economy (which is smaller than economy of Holland). Consequently, Russia will plunge in autarky and, possibly, repressive politics against its own population. Ukrainians will meanwhile not give up on fighting for independence and their anti-Russian resentment will shape the common future for years.

As for the rest of the world, it has hopefully been awakened from a naive slumber and will hopefully become more united and determined to play harder against Russian autocracy. But this will only be after an entire nation has been shattered and countless lives lost unnecessarily in the broad daylight of 21st century Europe.

Juliusz Dargin writes from the ground on the Ukraine border. He writes under a pen name to protect his safety.