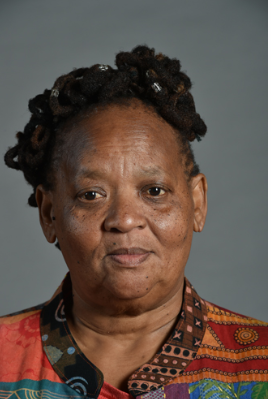 The DA is mourning the death of one of its MPs, Thandi Mpambo-Sibhukwana
Image: Parliament website.

The DA said on Saturday it was saddened by the death of one of its MPs, Thandi Mpambo-Sibhukwana, who served on parliament's portfolio committee on social development.

DA Western Cape leader Bongikosi Madikizela said Mpambo-Sibhukwana was a dedicated MP since 2014. She served in the National Council of Provinces before moving to the National Assembly in 2019.

“Thandi's hopes for our country had always been to alleviate poverty and unemployment, and she actively fought against the housing backlog that keeps our poor communities from receiving the shelter they deserve.

“She was also deeply passionate about the community of people with disabilities and always ensured that they are not left behind,” said Madikizela.

“Thandi served her constituencies with dedication as constituency head in Saldanha and Drakenstein from 2014 to 2019, and then Oostenberg South since 2019,” he added.

“We send our heartfelt condolences to her family, friends and colleagues, and we wish them all the strength during this difficult time.”

No details were provided about her death.

Samwu in King Sabata Dalindyebo municipality is mourning the death of another union leader. Amos Mbotoli died on Monday struggling to breathe. He ...
News
1 year ago