Finance minister rejects criticism that he buckled under pressure by allocating R10.5bn to finance the insolvent airline's business rescue plan 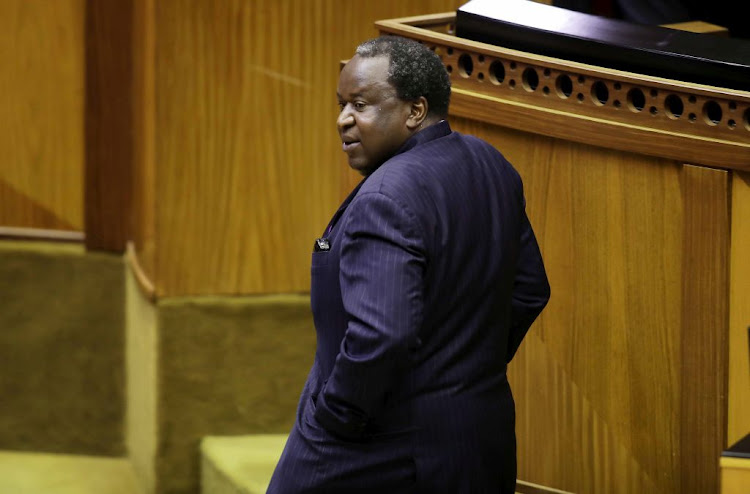 At a media conference after the medium-term budget policy statement on Wednesday afternoon, an angry Mboweni said “the DA is out of order” for asserting that he had “capitulated” from his commitment to no longer use public funds to bail out struggling state-owned companies after pressure from some of his cabinet colleagues and labour unions.

DA MP Geordin Hill-Lewis said Mboweni's decision to “continue to pay for a zombie state company” was a slap in the face of the poor.

Finance minister Tito Mboweni has allocated more than R10-billion to finance the business rescue of SAA after he opted to cut salary budgets of ...
Politics
1 year ago

But the finance minister dismissed him, saying it was a collective decision of the government to support the business rescue plan of SAA and prevent it from being liquidated — all so that it can resume business operations.

“The DA was completely out of order when they said that we capitulated and we did not stand our ground. The minister of finance is part and parcel of the movement and the government has made a decision that we need to support the business rescue practitioners' plan, it’s a decision of government,” said Mboweni.

MTBPS documents show that Mboweni and his team at the National Treasury had cut the spending plans of government departments to raise the R10.5bn for SAA.

“We had to scramble around and find the R10.5bn to support the business rescue practitioners' plan. There's no buckling under pressure here or any nonsense like that.

“I think the DA must do their work first before they make grandstanding statements like that. And I don't take kindly referring to state-owned enterprises as 'zombies'. They are not zombies. In fact, their [the DA] behaviour is zombie like. They must stop this nonsense. Let's have a proper debate and not insult one another,” he said.