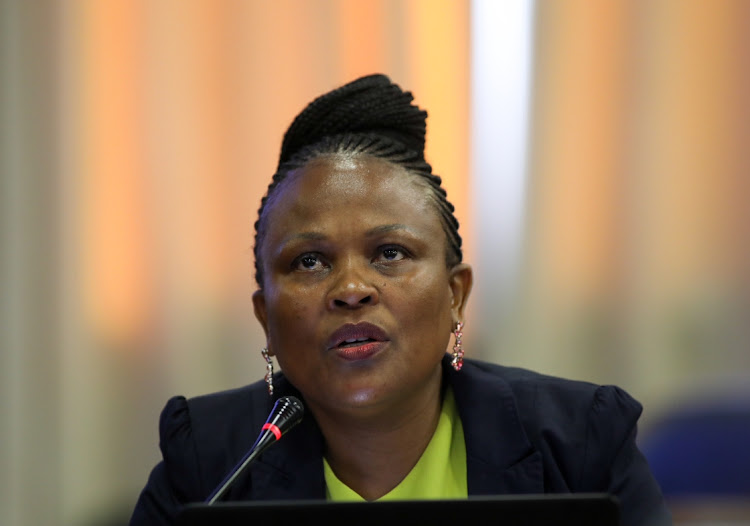 In the space of two days, public protector Busisiwe Mkhwebane “flatly contradicted herself, on oath, in two affidavits”, said President Cyril Ramaphosa’s attorney in an affidavit filed to the Constitutional Court.

Ramaphosa was responding to Mkhwebane’s application to the highest court to reverse or “rescind” its judgment that set aside her CR17 investigation and report as unlawful.

Ramaphosa accused Mkhwebane of being “manifestly dishonest” in her rescission application and said that she committed perjury by “filing the two irreconcilable affidavits”.

In court papers filed on Monday, he has asked the ConCourt to order that its judgment be referred to the national director of public prosecutions for investigation. Mkhwebane is already facing perjury charges related to how she conducted previous litigation.

Mkhwebane’s rescission application was based on her claim that the ConCourt had, in its judgment in July, relied on the wrong version of the 2000 Executive Ethics Code, which she said had been substantially amended by the publication of the ministerial handbook in 2007.

Under the code, the president and cabinet ministers may not “wilfully” mislead parliament. But the 2007 ministerial handbook wrongly altered that clause to read that they may not “deliberately or inadvertently mislead” parliament.

Mkhwebane said the ConCourt had itself incorporated the handbook version into law by referring to it in a footnote in its Nkandla judgment and she, and the highest court, were therefore bound by it.

However the ministerial handbook was never gazetted, as any amendment to the code must be. In his affidavit to the ConCourt, Ramaphosa’s attorney Peter Harris said that the handbook was only ever a secondary source of the code.

Parliament may have to start 'from scratch' in holding Mkhwebane accountable, says DA in court papers

'It is a matter of the utmost public importance that the suitability of a public protector who has been repeatedly rebuked by our courts is swiftly ...
News
5 months ago

The fact that the ConCourt’s Nkandla judgment referred to the ministerial handbook in a footnote meant nothing, said Harris. The court was simply recording what the public protector had found. It “did not, for one moment, consider the accuracy of that rendition of the code,” he said.

For Mkhwebane to now say that the ConCourt had endorsed the handbook version of the code was “far-fetched and entirely unfounded”, he said.

Harris says that during the litigation over the CR17 report — the final judgment that Mkhwebane now sought to rescind — Mkhwebane had herself, on oath, conceded that the 2000 gazetted version was the correct one. When she applied to appeal against the high court judgment, she had not taken issue with its finding on this score, he added.

Yet in a different case, which had been running at the same time, against public enterprises minister Pravin Gordhan, Mkhwebane had insisted that the handbook version was the correct one.

MPs are divided on whether parliament should 'put on hold' or go ahead with removal proceedings against the public protector.
News
5 months ago

Harris described how in different court papers over the two cases, Mkhwebane moved between the two versions, claiming each was correct at different times  — the starkest “flip-flop” being where over two days she deposed to two different affidavits: saying the opposite on November 14 and 16 2019.

“The public protector’s contention ... is manifestly dishonest. Her allegation that she consistently and conscientiously relied on the 2007 version of the code because she thought herself bound to do so by this court’s Nkandla judgment, is manifestly false,” said Harris.

Ramaphosa has also asked the ConCourt to order Mkhwebane to pay for the rescission application out of her own pocket and on a punitive scale.