‘The ANC will and has to win all the metros’: Mboweni’s election prediction gets tongue wagging 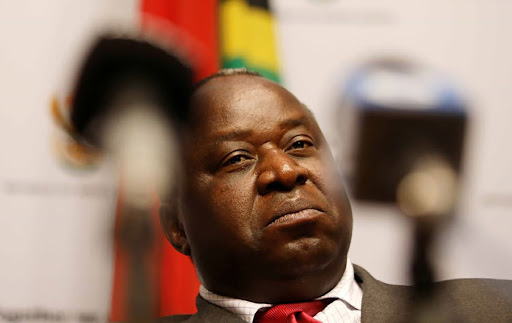 The former finance minister said the ruling party would win all eight metros.

The local elections are set to take place on November 1, with millions expected to cast their vote.

“The ANC will and has to win all the metros and we will win all of them. All cadres to the front,” said Mboweni.

The ANC will and has to win all the metros. And We Will win all of them. All cadres to the Front! pic.twitter.com/clM33Dhfp0

They are focused on growing local economies and providing infrastructure and service delivery.

Last month, the ANC was given a lifeline by the Electoral Commission (IEC) when it reopened the candidate registration process.

The ruling party had earlier failed to register candidates in more than 90 municipalities, or a third of all South Africa’s municipalities. The party had gone to court to request an extension, but subsequently withdrew its application.

The decision was slammed by opposition parties, with the DA taking legal action against the IEC. In its papers, it argued the decision was unconstitutional and unlawful.

In a poll conducted by TimesLIVE asking readers who they would be most likely to vote for, many (23%) said the DA, with the ANC following behind with 22%.

On social media, many users weighed in on Mboweni’s prediction.

Public servants are still not happy. I hope they won't punish the organization. They haven't received even their 1.5%.

Am not sure this time, never seen Anc so insecure and threatened by ActionSA, why the dram thought.

1st November 2021 gonna to be huge match against Anc going neck and neck with ActionSA.
May the best team win.

Yes, he doesn't believe one word.

The @myanc will implode, sooner rather than later I hope. I hope it implodes & SA in particular the @myanc witness & are recipients of the African awakening e.g. African spring #ANCMustImplode. Politics of the stomach as you all have been benefiting from will come back & bite you

It seems like you know something that voter don't know about the upcoming elections. pic.twitter.com/tNbVoyRhOU

We love the ANC in fact it's my second skin. But what you and Ramaphosa or so called Neo-liberals , done to the ANC is beyond redemption . You have thrown away the fundamental pillars of our freedoms and chose our enemy mandate. Let it die, we'll collect the pierces after.