Buthelezi lambastes the ANC for ‘conspiring’ against him 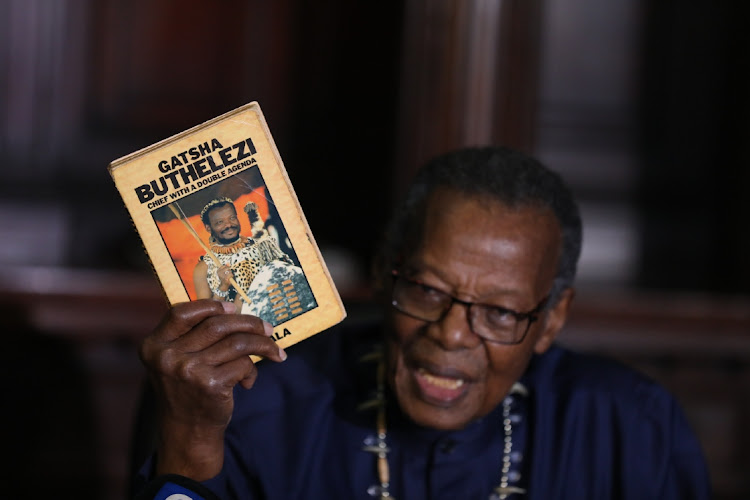 Prince Mangosuthu Buthelezi believes the ANC is conspiring against him with some members of the Zulu royal house by claiming he uses his proximity to the kingdom to boost support for the party he founded, the IFP.

Buthelezi spoke in his capacity as traditional prime minister on Friday following criticism from late King Goodwill Zwelithini’s brother, Prince Mbonisi Zulu, and the ANC for the IFP’s use of Prince Misuzulu’s picture on an IFP infographic which the party said was an error and retracted.

“Both and I and the IFP have been viciously attacked on social media, not only by cadres of the ANC in KwaZulu-Natal but by members of the faction within the Zulu royal family who oppose the heirship of His Majesty King Misuzulu ka Zwelithini.

“While the social media post should never have included an image of the king, it explicitly expressed the IFP’s support for the institution of traditional leadership. It made no statement whatsoever about the king’s political affiliation,” said Buthelezi.

"The ANC in KZN has long since decided that I must be gaining political support from serving my King. I have been accused by the ANC of using my traditional role to boost my political fortunes." Prince Buthelezi#IFP

Buthelezi said this was a convenient narrative as it attacks the IFP, the ANC’s  strongest political competition in the province.

He said the ANC was selfish as the matter drives a wedge between members of the royal family to the detriment of the Zulu nation.

Buthelezi said the accusations of him using Prince Misuzulu to boost his political fortunes were untrue.

"If I have ever wanted to step away from my position as traditional Prime Minister it has never been more than in the past few days." Buthelezi #IFP

He launched a scathing attack on Prince Mbonisi for keeping quiet when the ANC used the late King Goodwill Zwelithini in its election material, but lambasted him and the IFP for the an error.

“Where was your ‘deep disgust and outrage’ in 2016 when the ANC used the image of our late king, His Majesty King Goodwill Zwelithini ka Bhekuzulu, on an ANC election poster? Their slogan was clear: ‘Nami Ngikulento. I vote ANC nenze njalo nani.’ That was explicit abuse of the king for political gain,” Buthelezi asked. 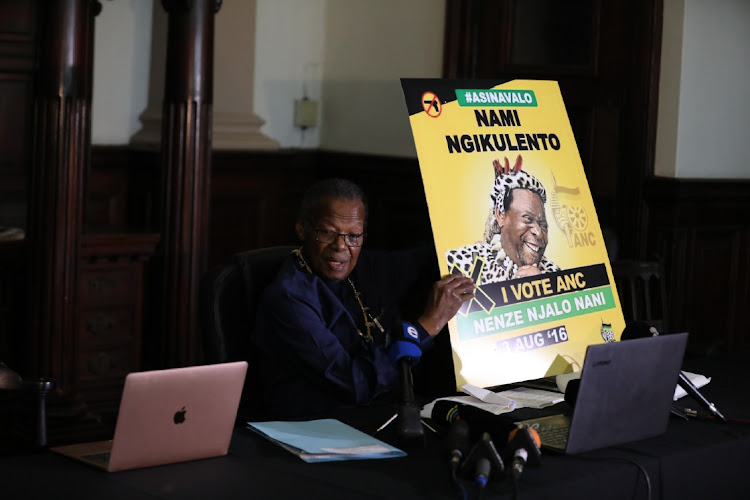 He said he has gained nothing personally from his loyalty to the royal family. Instead he has been politically attacked and has endured assassination threats and vilification.

“If I have ever wanted to step away from my position as traditional prime minister, it has never been more than in the past few days,” he said.

“It is this same loyalty that refuses to allow me to relinquish my position now, when I am attacked by members of the royal family and individuals within the ANC who cannot even say boo to a duck.”

'Feeble and failed': Zulu prince lashes out at IFP's use of Prince Misuzulu's face on election poster

A senior Zulu royal family member has come out strongly against the IFP, and was scathing of its use of heir-apparent Prince Misuzulu’s face on an ...
News
1 month ago

Buthelezi revealed that a team set up by President Cyril Ramaphosa to resolve the ongoing dispute over the kingship of the Zulu royal house is yet to meet all members of the family together as there have been disagreements about a venue.

He attributed delays to the side of the family opposed to Prince Misuzulu ascending to the throne as they have asked for a neutral venue to meet.

“I have already met the head of the panel. I am being loyal to the king because the king left a will. As far as we Zulus are concerned, he [Misuzulu] is on the throne.”