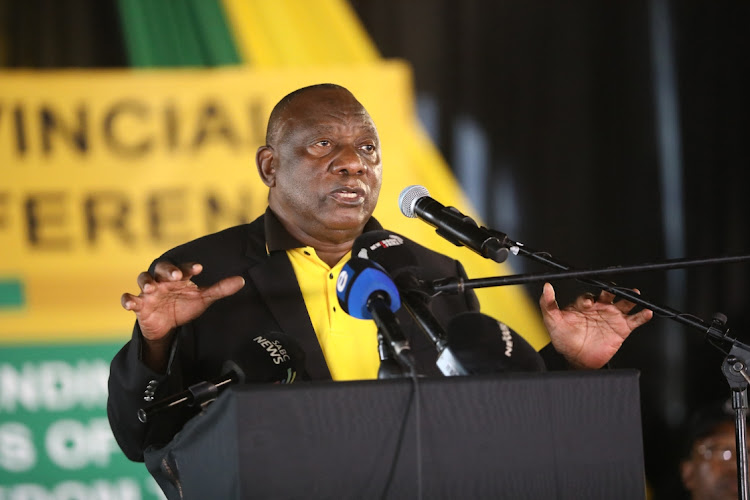 President Cyril Ramaphosa and his allies have called for the ANC to rule that criminally charged party members should not be eligible to stand for election to any position.

They called for the NWC to bar party members affected by the step-aside rule from contesting leadership positions in regional, provincial and national conferences.

This comes hours after corruption-accused Zandile Gumede was elected chairperson of the ANC in the eThekwini region.

Gumede won by a clean sweep in the highly contested regional conference, where her grouping won the top five positions against a faction sympathetic to Ramaphosa.

Corruption-accused Gumede's election, and that of murder-accused Mandla Msibi as provincial treasurer at the Mpumalanga conference, brought the ANC's ...
Politics
1 month ago

The move also comes after Ramaphosa expressed his displeasure in Mpumalanga at the provincial conference electing murder-accused Mandla Msibi as treasurer.

According to those around Ramaphosa, the election of people facing criminal charges waters down the step-aside rule which is aimed at renewing the party.

The move by Ramaphosa and his allies is seen by some as short-sighted, as it could damage his chances of re-election as president of the party in December.

Should the party agree to the proposal, not only Ramaphosa's opponents — such as Ace Magashule — would be affected. His own allies, including ANC Limpopo provincial treasurer Danny Msiza, would also be affected. Msiza faces corruption charges related to the looting of VBS Mutual Bank and is expected to contest the secretary position in the upcoming provincial conference.

“Let them dig their own graves,” an NWC member told TimesLIVE as the debate in the virtual NWC meeting ensued in the background.

Questions were raised in the meeting around how this decision would affect conferences that have already been held and which elected criminally charged members. It was not immediately clear whether they would have to reconvene.