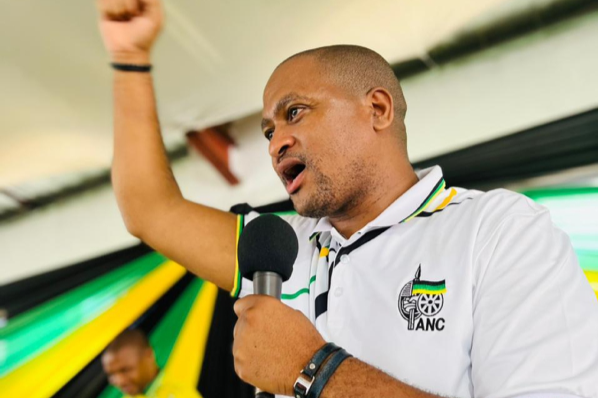 Babalo Madikizela has characterised his ANC Eastern Cape chairperson candidature and slate as that of underdogs who are up against the establishment.

At a vigil held on Friday morning and attended by delegates supporting his slate for control of the ANC in Eastern Cape, two leader hopefuls organised supporters on a reset gospel of a truly united ANC devoid of vote buying.

Addressing delegates from regions across the province, he painted his slate as hostile to the social, economic and political principles of a ruling class.

He told delegates electing his slate would be equal to raising the ANC in the province to a sort of a power it has seen for more than a decade.

“The time is now to awake the sleeping giant. For the past 12 years, comrades, do your own assessment about how things have been happening in the province. Who has been in charge? Then you tell the people of Eastern Cape that they (previous leaders who are seeking re-election) will come back and do what?” he said.

It was Madikizela’s suggestion that delegates would be bribed not to vote for his slate — including his encouragement that any bribes offered should be taken but the voting should not change — that raised eyebrows.

“We have got f**k all. They will give you money because they are part of the establishment, they are the haves. Take the money comrades, but do the right thing (presumably vote for his slate). Let’s remain focused, disciplined.

“This is the most important conference in the history of the ANC in this province. Therefore we must not lose focus, we must be disciplined. Go shop with the money you will be given because you will be bribed. Keep that money and spend it on Monday.”

Preparations are in full swing for the ANC provincial conference this weekend. The “Maliya” slate aligned to Babalo Madikizela, contesting the position of provincial chair are at the Absa stadium in East London this evening. #ANCEC pic.twitter.com/cerT0UOUTl

It is unclear why Madikizela sees himself as an underdog in this weekend’s showdown as he is a known strongman in the province. He held a treasurer position in the previous ANC administration and is currently MEC of public works in the sixth administration.

A day after the contender for provincial secretary was given the green light to contest by Luthuli House, he came out sharply against purging those who hold a different view within the party.

However, in his short address to delegates aligned to his slate, Teris Ntuthu emphasised elective conferences were exactly that.

“Elective conferences are not fights. It is the highest glory of the ANC’s internal democracy. Those we are not voting for in this conference we don’t hate personally, but we are saying for the past four years our province is notorious for suspensions of comrades,” he said, signalling the conference should elect a different leadership collective.

Ntuthu’s participation in the conference came at the last hour via a letter signed by ANC treasurer-general Paul Mashatile.

He faced charges of corruption and fraud related to an alleged a fraudulent refuse bag tender worth R10m at Butterworth-based Mnquma municipality dating back to 2017, but his case was struck off the roll.

ANC loses ward to EFF five months after winning it

The EFF’s growth in the North West continues after the party wrested a ward from the ANC in the May 4 by-elections.
Politics
2 weeks ago

After last month’s postponement, the ANC in Eastern Cape will eventually get on with the business of electing leaders this weekend. The conference is set to begin on Saturday while Friday is reserved for the registration of delegates.

The race is between Oscar Mabuyane and Madikizela for chairmanship of the province, with Mabuyane seeking a second term. Legislature deputy speaker Mlibo Qoboshiyane is also vying for the same position.

In the Mabuyane slate, Mlungisi Mvoko is contesting the position of deputy chairperson against Xolile Nkompela in the Madikizela slate.

Lulama Ngcukayitobi is in the Mabuyane slate as provincial secretary while Ntuthu is vying for the same position in the other slate.

The rest of the contenders under the Madikizela slate are Weziwe Tikana for deputy secretary and Andile Lungisa as treasurer.

On the Mabuyane slate the rest of the contenders are Helen Sauls-August for deputy secretary and Nanziwe Rulashe for treasurer.