Bathabile Dlamini makes a comeback in the ANC Women’s League

'She was not imposed on us. She is a member of the women’s league, in good standing,' say members of newly elected task team 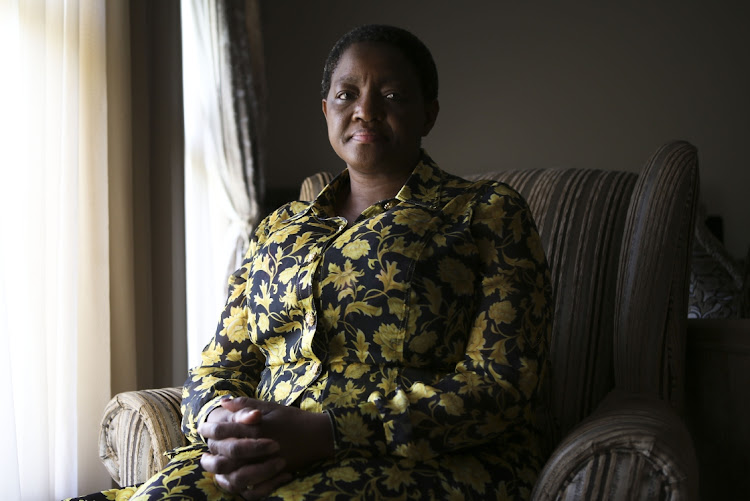 Convicted perjurer and former president of the ANC Women’s League Bathabile Dlamini has made a comeback in the women’s structure, as a member of its National Working Task Team.
Image: File/ Alaister Russell

Convicted perjurer and former president of the ANC Women’s League Bathabile Dlamini has made a comeback in the women’s structure, as a member of its National Working Task Team (NWTT).

This was revealed by the newly elected task team led by former National Assembly speaker Baleka Mbete, which addressed members of the media on Tuesday on the outcomes of its first meeting.

Dlamini’s return comes after the structure she previously led since August 2015 was disbanded in April.

Before this, she was found guilty of perjury and sentenced to four years in prison, half of which was suspended, with the option of a R200,000 fine in April, for lying under oath while she was minister of social development.

Dlamini is among 44 task team members whose duty is to process outstanding issues, including the structure's programme of action, and convene another meeting in two weeks' time.

The ANC has appointed former National Assembly speaker Baleka Mbete to lead a national task team to run the affairs of the ANC Women’s League after ...
Politics
1 month ago

National spokesperson Meokgo Matuba dismissed allegations that Dlamini was forced on the new structure by the party’s National Executive Committee.

“There was a process in the ANC where all members of the task team were appointed. Therefore comrade Bathabile is a member who has been appointed through the same process we were appointed.

Meanwhile, Mbete, who  served as the ANC’s national chairperson for 10 years between December 2007 and December 2017 and acted as the country’s deputy president for eight months after Thabo Mbeki’s recall, revealed that she was initially reluctant to take up the position to lead at a time when it is confronted by several challenges.

“I was surprised. I thought they had to be joking and I had to be sober about it ... it’s not about preference, it’s about there being a job to be done and at a particular time, not about you, personally, who will have the final say in the matter.”

The task team was mandated to ensure that the league’s structures are in good standing, conferences are held in branches, regions and provinces to ensure its national conference was convened within a year, and processes accurate so the standing of the conference could not be contested.

“We call on all members of the ANCWL to support this work and play their part. We will unite to take the organisation to new heights and ensure that we regain all lost ground. Just like all generations before us, we will make our contribution in fighting for the emancipation of women and patriarchy inside and outside the ANC,” said co-ordinator Maropene Ramokgopa.