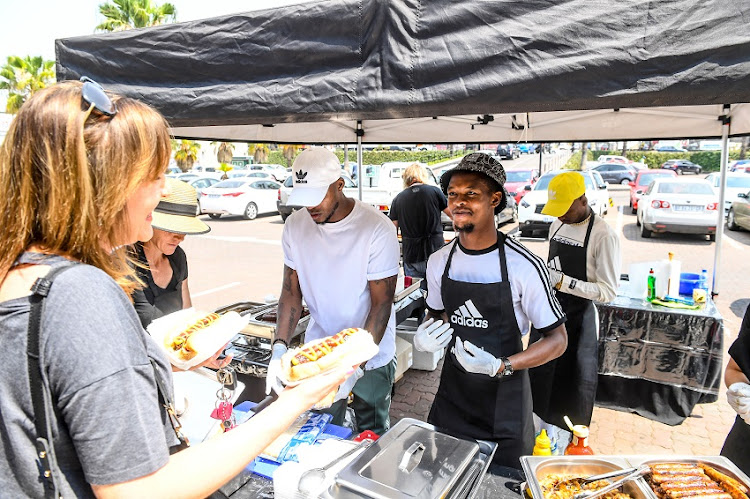 Maritzburg United have confirmed that influential central midfielder Phumlani Ntshangase has signed a permanent two-year deal at the club.

The midfield enforcer has proved a vital cog in the Team of Choice‚ even though injuries meant he made just 15 Premiership appearances.

Ntshangase’s arrival on loan from Bidvest Wits last season was a key piece in coach Eric Tinkler’s puzzle turning United from relegation battlers in 2018-19‚ where they survived via the playoffs‚ to creditable seventh-placed finishers in 2019-20.

Ntshangase signs as a free agent with his contract at Wits – whose franchise has been sold to Tshakhuma Tsha Madzivhandila FC – having expired.

“I’m so excited and happy to have signed my contract with the team‚” Ntshangase said.

“I had a great season with Maritzburg last season on loan. Now staying with the team permanently is a blessing for me.

“This is a great team. I enjoyed everything with the guys last season and now I’m looking forward to continuing where we left off in the league.

The midfield enforcer will be with us for a further two years 💪#WeAreUnited #BlueArmy #TeamOfChoice pic.twitter.com/I6MGaqkRgT

“Hopefully we win some cups and we do well and get to achieve something this [2020-21] season.”

The 25-year-old midfielder’s ability to dictate the tempo of the game with his dynamic passing range and impressive game intelligence were an undoubted asset for United when he was fit last season.

Maritzburg chairman Farook Kadodia underlined why Ntshangase’s decision to extend his stay with the Team of Choice is so important to the KwaZulu-Natal capital city club.

“Phumlani comes with an enormous amount of experience‚ which is a crucial ingredient in the centre of the park‚” Kadodia said.

“He impressed us all with his work-rate and professionalism‚ his reading of the game and composure in midfield. We believe he is a player who will certainly help us in our push for a strong top eight position next season.”