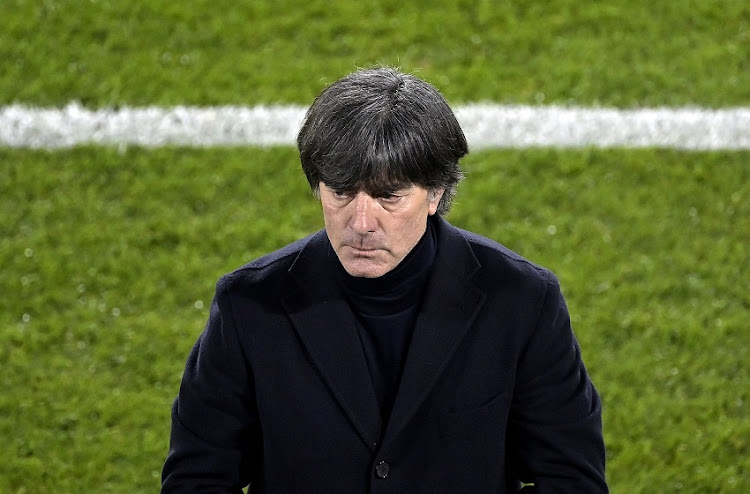 Joachim Low, Head Coach of Germany looks on prior to during the FIFA World Cup 2022 Qatar qualifying match between Germany and Iceland on March 25, 2021 in Duisburg, Germany.
Image: Tobias Schwarz - Pool/Getty Images

Germany's players had made an important statement by displaying support for migrant workers building 2022 World Cup stadiums in Qatar on Thursday and coach Joachim Loew said the team stands for human rights, "no matter the location".

Germany lined up before kickoff in their opening Group J qualifier against Iceland at Duisburg wearing shirts displaying the message "HUMAN RIGHTS".

Norway staged a similar protest on Wednesday ahead of their match in Gibraltar when their players wore T-shirts with the message: "Human rights, on and off the pitch".

The initiatives come in the wake of a report by British newspaper The Guardian that said its calculations showed at least 6,500 migrant workers had died in Qatar since the country won the right to stage the 2022 World Cup 10 years ago.

Germany coach Loew said he knew about his players' plan to protest but that he was not the "driving force" behind it.

"The players have drawn everything on their shirts. It was supposed to be the first statement by us, by the team," he said.

"We stand for human rights, no matter the location. Those are our values. Therefore, it was a very good and important statement."

On Thursday, a spokesperson for the Qatari World Cup organisers, the Supreme Committee for Delivery & Legacy (SC), said they had "always been transparent about the health and safety of workers".

"Since construction began in 2014, there have been three work-related fatalities and 35 non-work-related deaths," the spokesperson added.

"The SC has investigated each case, learning lessons to avoid any repeat in the future. The SC has disclosed each incident through public statements and or Annual Workers’ Welfare Progress Reports."

Football's world governing body FIFA said after the Norway protest that no action would be taken against the players.

"FIFA believes in the freedom of speech, and in the power of football as a force for good," FIFA said. "No disciplinary proceedings in relation to this matter will be opened by FIFA."