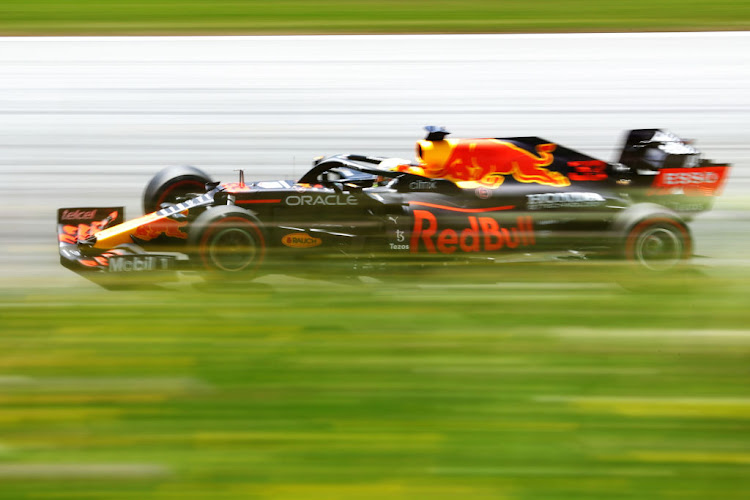 Max Verstappen during final practice ahead of the F1 Grand Prix of Austria at Red Bull Ring on July 03, 2021 in Spielberg, Austria.
Image: Bryn Lennon/Getty Images

Formula One world championship leader Max Verstappen was fastest in final practice for the Austrian Grand Prix at his Red Bull team's home track on Saturday.

The Dutch youngster lapped with a best time of 1:04.591 seconds, 0.538 quicker than Mercedes' Valtteri Bottas.

Seven-times world champion Lewis Hamilton, whose two-year contract extension with Mercedes was announced before the session, was third fastest after having a fastest lap deleted for exceeding track limits.

The Briton, who was fastest on Friday, is 18 points behind Verstappen ahead of Sunday's ninth race of the season.

Red Bull, who also lead Mercedes in the constructors' championship, are chasing a fifth win in a row.