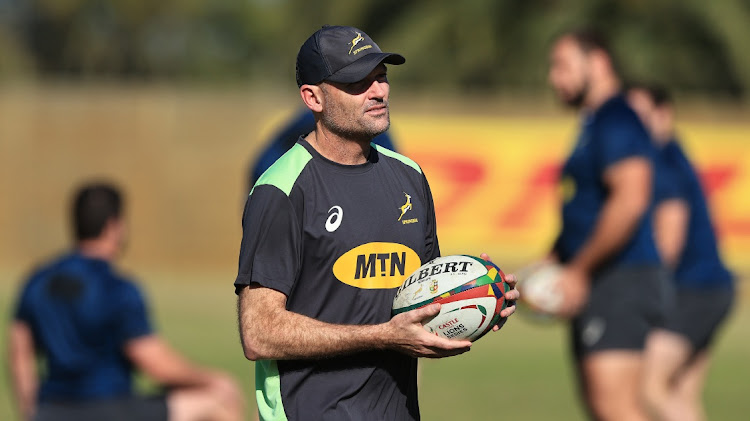 Springboks coach Jacques Nienaber is expecting wounded Argentina to fight back strongly in the second match of the Rugby Championship at the Nelson Mandela Bay Stadium in Gqeberha on Saturday.

The Boks looked good in their first match against the Pumas on Saturday when they registered a 32-12 win and scored three tries from Cobus Reinach, Aphelele Fassi and Jaden Hendrikse.

A big worry for Argentina coach Mario Ledesma is that his charges failed to score a try in the match, despite playing against a Springboks team that was made largely of fringe players.

'This is only the second Test match Argentina have lost since the World Cup and they have played the All Blacks twice, Australia twice, Wales twice.

"You must remember Wales are the reigning Six Nations champions and they played  three weeks ago,” he said of the threat of Los Pumas, who will definitely be planning a rebound to confront the Boks.

“I know Wales was probably without some key players who played in the British & Irish Lions series against us, but still, to go to the Millennium Stadium and pull off a victory like that is commendable.”

Whatever your views are on their playing style, the one thing that is unanimous about this Springboks side is that the scoreboard fully agrees with ...
Sport
11 months ago

Nienaber said he is expecting Ledesma to ring a number of changes for the second game as another defeat will set them back with clashes against New Zealand and Australia still to come.

“That’s why I said during the week they are a tough team to crack down, and heads up to our players. I thought the analysis on Argentina was spot-on, the game plan that we put forward was spot-on and they followed through with it on the day.

“I really rate the Argentina’s coaching staff and the quality of their players. There will be some changes and they will pick up on some of the vulnerability in our team. The most important thing for us is to be back to normal. It will be more about reading our game and looking at where we gave them opportunities, and correcting those mistakes. That will be our normal process.

“The one thing that I love about this team is that there are no ‘senior’ players or anything like that because everyone had their own job. If something goes wrong in the maul, at the breakdown or in the scrum, we know who to look at to fix it. We were never in a panic, we were in control a lot of the time.

“We knew cohesion would be an issue with so many changes, but the guys got stuck in. Argentina are a tough nut to crack but hats off to the players. I thought their analysis they did was spot on and the plans they put in place were great,” said  Nienaber.