Lionel Messi should be in PSG squad for Man City game, says Pochettino 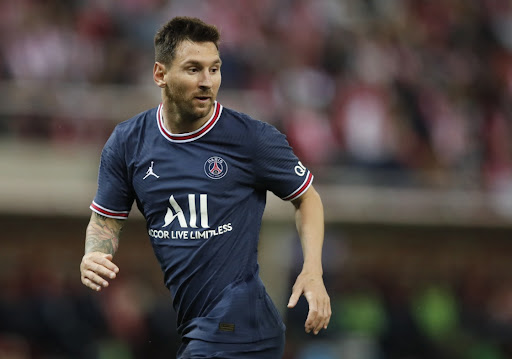 Lionel Messi showcased his talent on his debut with Paris St Germain in a Ligue 1 game against Stade de Reims at the Auguste Delaune stadium on August 29 2021.
Image: REUTERS/Benoit Tessier

The Argentine forward missed two Ligue 1 games with a bruised knee but did not appear to be struggling with the injury on Monday morning.

"We will confirm the starting 11 tomorrow," coach Mauricio Pochettino told a news conference when asked about Messi ahead of the Group A clash at the Parc des Princes.

"But I think he will be in the squad tomorrow."

Pochettino added that Messi, who joined the French club on a two-year contract from Barcelona, would need time to adjust in Paris.

"He did 20 years in Barcelona, it's normal he felt at home there and here, everything is new for him. He did not arrive a long time ago," the Argentine said.

Messi ruled out of PSG game against Montpellier

Lionel Messi has been ruled out of Paris St Germain's match against Montpellier on Saturday as he has not fully recovered from a bone bruising ...
Sport
9 months ago

Pochettino also confirmed that Marco Verratti would probably be involved after the Italy midfielder missed four games with a knee injury.

"He trained well the last few days and we think he will be able to be in the squad. We haven't decided on the starting 11 but he could be in it," he said.

PSG were knocked out in the Champions League semi-finals last season by City, a club that is "ahead" of the capital side, Pochettino conceded.

"It's a fact, not an opinion, that we are a team in construction. City have been under the best coach in the world in my opinion with Pep Guardiola," he said.

"It's a matter of time but also, let's face it, of investment."

In that department, PSG have nothing to envy City for after spending well over a billion euros on transfers since Qatar Sport Investment took over the club in 2011.

On the field, they need to be more efficient, midfielder Ander Herrera said.

"We work everyday to get better, we need to be more efficient than last season," the Spaniard, who has been in good form this season, told a news conference.

"Against a team like them, we have to go for the kill when we have chances."

PSG have one point after their 1-1 draw at Club Brugge, two behind City who hammered RB Leipzig 6-3 in the opening round of matches.