“I am just really excited to go out there and showcase my talent, if I am given an opportunity to play.” 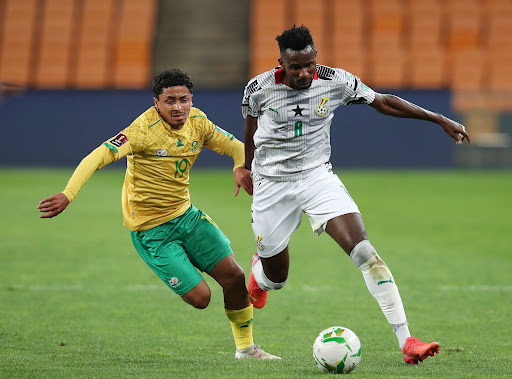 Teenage sensation Ethan Brooks’s second call-up to the Bafana Bafana squad for the Qatar Fifa World Cup qualifiers will inspire a lot of youngsters to believe that, with dedication and hard work, the dream of representing the national team is possible, regardless of age.

The talented 19-year-old TS Galaxy attacking midfielder was one of several beneficiaries from the sweeping changes made by new Bafana coach Hugo Broos when the Belgian named his first squad ahead of the start of qualifiers.

Brooks was on the bench as Bafana were held to a goalless draw against Zimbabwe in Harare and started the match in the 1-0 win over Ghana in Johannesburg earlier this month, as Broos got the relatively new and young team off to a commendable start.

Previous Bafana coaches and teenagers have been almost like water and oil or hunter and the hunted over the years and Brooks understands what it means to have again cracked the nod for the World Cup qualifying journey as a teenager.

“It is an honour and a privilege to be called up again for my national team,” said the Johannesburg-born star who turns 20 on November 2.

Young Mokoena is like an old hand in Bafana’s midfield

Brooks was this week included in Broos’ 23-member squad to face Ethiopia in back-to-back matches in Addis Ababa on October 9, and in Johannesburg three days later on October 12.

“I am just really excited to go out there and showcase my talent, if I am given an opportunity to play.

“It is very important that we do win these two matches, as it will help us in terms of the [points] log and wanting to qualify,” said Brooks, the youngest member of the Bafana squad.

"It is very important that we do win these two matches."

But priority number one at the moment for Brooks and his TS Galaxy teammates will be a DStv Premiership encounter at home to Sekhukhune United in Mbombela on Saturday.

Galaxy, who are yet to win a match in five Premiership outings, prop up the log table on two points and on Monday parted ways with their coach Owen Da Gama as a result.

Brooks will report for Bafana duty on Sunday after the match against Sekhukhune, where he will continue to work with Broos and learn from other senior players in the national squad.

The 69-year-old Belgian coach's mind will be preoccupied by the crucial six points on offer against Ethiopia.

Back-to-back wins would see Bafana, now leading on four points, top Group G on 10 points ahead of their final two qualifiers against Ghana away and Zimbabwe at home in November.

Broos will be hoping that Ghana, who are third tied on three points with second-placed Ethiopia, and rock bottom Zimbabwe on one point, cancel each other out when they meet in back-to-back clashes in the Cape Coast and in Harare on the same days as Bafana tackle the Walias of Ethiopia.

Twin wins would see Bafana create some distance between them and Ethiopia, Ghana and Zimbabwe and take pole position to win Group G and advance to the second and final round of qualification.

Africa has 10 groups and the 10 group winners will be drawn into five head-to-head, two-legged ties to earn one of the five places at the Qatar World Cup.