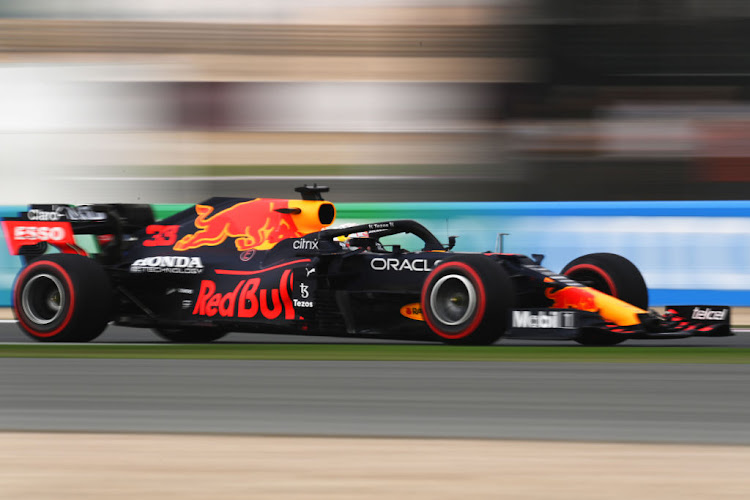 Max Verstappen during practice ahead of the F1 Grand Prix of Qatar at Losail International Circuit on November 19 2021 in Doha.
Image: Clive Mason/Getty Images

The Dutch 24-year-old, who leads Mercedes seven times world champion Lewis Hamilton by 14 points with three races remaining, produced a quickest time of 1:23.723 seconds in a dusty but uneventful session.

AlphaTauri's Pierre Gasly, who also has a Honda engine, was second and 0.437 slower with a late quick run.

Valtteri Bottas was third on the timesheets, 0.471 off Verstappen's pace, for Mercedes with Hamilton fourth.

Hamilton was 0.786 slower than his title rival, and also ran wide over kerbs at turn 14 before pitting with a damaged front wing.

"Are we slow on the straight or something?" the Briton asked over the radio.

Mercedes to seek review of Verstappen manoeuvre in Brazil

Mercedes will seek a review of the incident between Lewis Hamilton and Max Verstappen at Sunday's Sao Paolo Grand Prix when the Dutchman appeared to ...
Sport
1 week ago

Japanese rookie Yuki Tsunoda made it two AlphaTauri drivers in the top five with Ferrari's Carlos Sainz and Charles Leclerc sixth and seventh.

The session took place with Formula One waiting on stewards to decide their response to a Mercedes request for a review of an incident between Verstappen and Hamilton in Brazil last Sunday.

The times and mid-afternoon temperatures were not representative of the rest of the weekend, with Sunday's race held at night under floodlights.