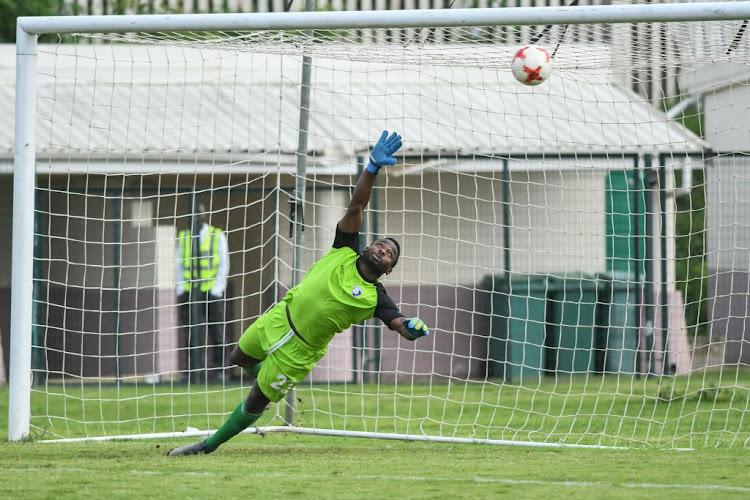 A goalkeeper in the GladAfrica Championship is likely to step into a central role with one of the top contenders for Africa Cup of Nations glory after a drug scandal rocked the Ivory Coast camp, with a week left before the tournament’s kick off on Sunday.

Fifa have provisionally suspended the country’s first choice Sylvain Gbohouo after he tested positive for a banned substance after the November World Cup qualifier that the Ivorians lost to Cameroon. The Ivory Coast Football Federation said it was appealing the decision but is unlikely to make much immediate headway if past cases are anything to go by.

It means that Badra Ali Sangare, who has helped JDR Stars up to second place in the SA second-tier standings this season, is to take over and keep goal at the tournament for the Elephants. The Ivorians might have failed in the World Cup qualifiers but have a star-studded squad and can be considered genuine favourites for the title in an open field of contenders.

Sangare is one of two players from JDS Stars at the finals — two more than champions Mamelodi Sundowns. Midfielder Ishmael Wadi has been picked for Zimbabwe, who have other players from the GladAfrica Championship in their squad — Talbert Shumba (Free State Stars) and Gerald Takwara (Venda Football Academy). Zimbabwe coach Norman Mapeza (ex-Chippa United) has also selected the SuperSport United pair of Onismor Bhasera and Kudakwashe Mahachi.

Droves of armoured vehicles are patrolling the streets of Limbe in Cameroon's conflict-torn South West Region ahead of the Africa Cup of Nations ...
Sport
3 weeks ago

Two former Chiefs players are in the squad — skipper Knowledge Musona, who is now playing in Saudi Arabia, and centre back Teenage Hadebe, who has moved from Chiefs to Houston Dynamo in the US via Turkey. Malawi have five SA-based competitors as they return to the final for the first time since 2010 with Orlando Pirates’ Frank Mhango their key player. But Richard Mbulu of Baroka FC and Limbikani Mzava of AmaZulu were both isolating this week at their training camp in Saudi Arabia after positive Covid-19 tests.

Khuda Muyaba and Dennis Chembezi hail from Polokwane City Malawi, and also have Micium Mhone, previously at Jomo Cosmos, and Robin Ngalande, who played at four different PSL clubs before moving to Ethiopia. Chiefs’ goalkeeper Daniel Akpeyi was first choice for Nigeria at the past Cup of Nations in Egypt but is expected to be on the bench for this tournament in Cameroon.

Ethiopia are skippered by Getaneh Kebede, the ex-Bidvest Wits and University of Pretoria midfielder. Ghana have included the former Free State Stars defender Jonathan Mensah, who is now playing in Major League Soccer in the US, while Guinea Bissau are captained by goalkeeper Jonas Mendes, who was at Black Leopards but since their relegation has returned to Portugal to play at Beira Mar.